TripAdvisor has revealed the results of its Cities Survey, an in-depth look into how travellers and locals view 40 key tourist cities around the world – and London doesn’t fare well.

Despite the triumphant ‘Jubliympics’ celebrations in London this year, London fails to shine in most of the 10 categories included in the study.

These include: friendliness of locals, cleanliness of streets, public transport, and value for money, friendliness of taxi drivers and shopping. The results were compiled based on more than 75,000 responses to a survey sent to those who have recently written TripAdvisor reviews on the featured cities.

London’s friendliness and cleanliness leave a lot to be desired

Despite the big clean-up in the lead up to this year’s Diamond Jubilee and Olympics, London is ranked 26th in the cleanliness of streets category. Tokyo comes top. And whilst London was praised during the Olympics for the friendliness and enthusiasm of the Games Makers, the city has ranked second to last in the friendliest locals category, with only Moscow worse. Mexico’s Cancun was voted the city with the friendliest locals.

TripAdvisor spokesperson, Emma Shaw, said: “While London hasn’t ranked particularly highly by those that have reviewed the city this year, it’s important to remember that many of the respondents may have experienced London before major changes were made or post the events of the summer.”

London middle of the road for ease of getting around

When it comes to ease of getting around, London is ranked as decidedly average by those that have experienced the city - coming in 17th place. Closely following is Dublin in 21st place. Other European destinations, however, were voted far easier to navigate with Zurich and Vienna taking first and second places respectively.

Many of London’s commuters may not be surprised to hear that the city has not ranked well for its public transport, coming in 15th. According to respondents, it seems that taking a taxi might be the best bet when visiting Dublin and London - the cities rank fourth and fifth places respectively for best taxi services. And Dublin comes in fifth place globally for the city with the friendliest taxi drivers, ahead of London cabbies in 12th place.

Lisbon number one city for value, while London in bottom five

Of the 40 cities included in the study, Portugal’s Lisbon has been awarded top spot in the value for money category, followed by Budapest in Hungary. Despite London’s plethora of free museums and parks and attractions the English capital only ranked 35th in the best value city category.

New York is crowned the best city for shopping of the featured cities, with Bangkok runner-up and Dubai taking third place. London ranks an impressive fourth, beating off stiff competition from the likes of Tokyo (5th), Hong Kong (6th) and Paris (11th).

“The popularity of London as one of the most visited cities in the world remains and travellers will continue to rave about it as a loved destination. Indeed this year London was voted the best city in the world in the 2012 TripAdvisor Travellers Choice Awards.  Even so, this study perhaps proves that even a great city isn’t going to be perfect in every way,” Emma said.

Ease of getting around – 17th place

Ease of getting around – Zurich, Switzerland

Ease of getting around – Mumbai, India

Do you agree with the results? Tell us in the comments below or tweet us @FemaleFirst_UK 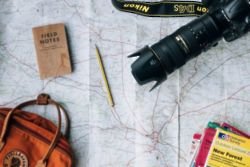 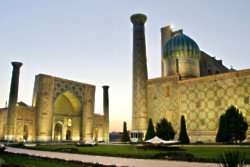 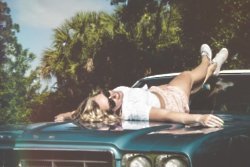