The best picnic spots in the UK

Trying to find that perfect picnic spot can be a bit of a hassle. You want somwhere where the sun will catch you, you won't be attacked by insects and where there is a serene, calm feeling. Sounds like perfection.

Thanks to a survey carried out, we don't have to trial out all the different places, but just read the list below and head to the nearest one to us, and wait for a sunny day. Who knows how long that will be.

Durdle Door beach in Dorset was chosen as the national winner from 12 shortlisted picnic location, all of which caught the essence of the classic British pursuit.

Judges decided that not even the coldest summer in 18 years could put picknickers off the stunning views, ideal for skimming stones and peregrine falcons nesting in the cliffs of Durdle Door.

The survey found that our favourite picnic spot is by the water and the most popular reason to have a picnic is as part of a family day out, and one in five pack a hamper and head outdoors for a romantic date.

"There is not more British way to enjoy the outdoors, whatever the weather, than a picnic," says Nick Baker, vice president of The Wildlife Trusts and part of the judging panel.

He continued: "We looked through hundreds of pictures submitted by the public to find the best picnic spot and although it was a tough choice, Durdle Door beach in Dorset captured our imagination the most.

"The survey underlined the public's love affair with British wildlife, with 38 per cent stating that choosing a spot close to nature was a key factor in deciding where to go for a picnic."

The 12 winning picnic spots by category are:

Urban
Druids Heath in the outskirts of Birmingham Clapham Common in South London.

Picnic tips from The Wildlife Trusts

Taking a responsible attitude towards nature means living by the mantra ‘take only photographs, leave only footprints’. Consider the vulnerability of wildlife and limit the impact of human presence:

Know the picnic patch – take notice of signs warning not to enter certain areas. There may be rare wildflowers growing, or ground-nesting birds.

Check if it’s okay to take dogs, and if they need to be kept on leads.

Take rubbish away with you

None of the above should stop you having a great time. 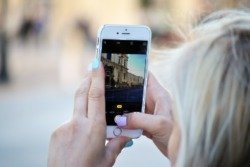 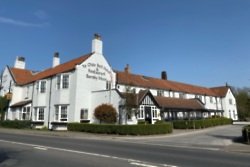 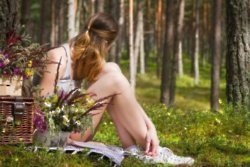 Do we have to trade in our park dates and picnics for pints at the pub?