Prince George was thrown a "camping-themed" party to celebrate his seventh birthday.

The Duke and Duchess of Cambridge threw a "camping-themed" party to celebrate Prince George's seventh birthday on Wednesday (22.07.20). The royal couple - who also have Princess Charlotte, five, and Prince Louis, two, together - were joined at the party by the Duchess' parents, Michael and Carole Middleton.

A source told Us Weekly: "William and Kate organised a small camping-themed BBQ party for George.

"George adores his grandparents and wanted them to be there."

To celebrate the occasion, Prince William set up tents in the garden of their country home in Norfolk, East England, where the family have been amid the coronavirus pandemic.

The insider shared: "He and Kate surprised the birthday boy with a yurt as his gift, and he received a new bicycle from Charlotte and Louis.

"William wants to keep the kids busy over the summer holidays, so he's planning to build furniture for the yurt with George."

Princess Charlotte and Prince Louis also helped the Duchess to "bake a chocolate sponge cake for George and decorated it with sprinkles, lollipops and colourful candy".

Meanwhile, the Duchess previously admitted her children are still too young to understand the seriousness of the pandemic.

The 38-year-old royal - who has been married to Prince William since 2011 - conceded it's been "really hard" to make her children aware of the health crisis.

Speaking on a TV show in May, she shared: "It's hard to explain to a five- and nearly six- or seven-year-old what's going on. It's really hard.

"We hadn't done a huge amount of FaceTime and face calls and things like that [before the pandemic], but obviously we're doing that a lot more now." 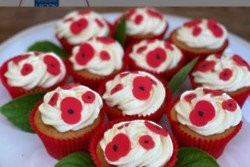