The Clarence House event was held in support of the Women of the World (WOW) festival - which takes place at London's Southbank Centre next week - and saw a variety of leading females in the media, including comic Ruby Wax, author Kathy Lette, campaigner Bianca Jagger and BBC Radio 4 presenter Jenni Murray, in attendance.

Bianca was impressed by Camilla, explaining: "I think she is a woman who really understands the role of women. She's always been very supportive about women's causes."

Bianca also stressed the importance of the WOW festival.

She said: "In the 21st century women have not been able to achieve gender equality, therefore every opportunity we have to highlight the role of women and stand up for women's rights, I take that opportunity."

Camilla wore a £129 dress by Aritgiano to the reception and praised the "really, really good" mail order company.

She added: "They've got a sale on at the moment."

Fashion designer Amanda Wakeley, who was also at the event, thought Camilla's dress was a hit, commenting: "I just think she looks incredibly elegant." 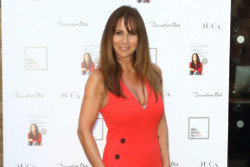 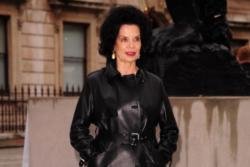