Half of Brits admit to having feelings for their ‘work spouse’

9% have kissed, 8% have slept together, and 25% of people with a work spouse confess to coming in early, or staying later at work to see them.

It looks like having a ‘work spouse’ could be storing up problems for the future, as new research from Slater and Gordon reveals half of married Brits (49%) admit having feelings for their pal.

Kaleel Anwar, a divorce law specialist, said the threat of the work spouse to marriages was not uncommon. He said: “These figures show what we see on a regular basis – that people cheat on their partners with their ‘work spouse’. What’s of an equal concern is the large number of people who admit having feelings for their colleague.”

“For a person to divorce their partner it is not necessary to prove that they have cheated, just that they have acted unreasonably. To have feelings for someone else would fall into that category.”

Incredibly , 9% have kissed and 8% have slept together, and 25% of people with a work spouse confess to coming in early, or staying later at work to see them.

One in 10 (10%) have also lied about who they were with, thinking it could spark jealous rows, and more than a fifth (21%) admit to deliberately hiding the closeness of the friendship from their husband or wife.

Kaleel Anwar added: “Work is a huge part of our lives and particularly in high-pressure jobs, having a friend who understands can be crucial as often we spend more time there than we do at home. “

The research by family law firm, Slater and Gordon, surveyed over 1,000 married Brits who had a close pal at work they considered to be their work spouse. 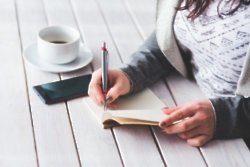 What does it mean to dream about work? 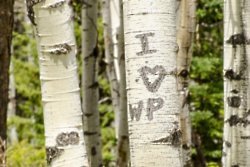 Eight tips for when your spouse has Bipolar Disorder