Wanted to become more than friends with someone but didn’t know how to tell them? Take a look at these 7 tips for revealing your romantic feelings.

We’ve all been there, wanting so much to tell that ‘friend’ you like how you feel about them but unsure of whether they feel the same.

You obviously don’t want to get your feelings hurt and you don’t want to ruin your friendship but sometimes you’ve just got to take the leap!

Zoosk have teamed up with relationship coach Sam Owen to give us the top 7 tips for revealing your romantic feelings, enjoy!

Drop hints that you are attracted to them using non-verbal communication, and watch them to see if the feeling is reciprocated. Once you know it is, if you still need to verbally tell them you’re interested, it’ll feel much easier to convey. Eyes, particularly, tell people a lot about what we’re thinking and feeling. Making repeat eye contact within a short space of time lets them know you’re interested. If someone’s eyes sparkle when looking at you or if they look at you and then look down immediately after, it’s often a sign of attraction. The eyes are a great way to communicate a lot without saying a single word.

Turn the tables on them and inject some humour and confidence at the same time. For example, with a glint in your eye and a cheeky smile, say something like, “Yes, okay, I’ll go out on a date with you! Where would you like to go?” If they’re not interested, you can both make light of it as though it was just a joke. If they are keen, their body language will change and they’ll make suggestions for the first date you’ve just initiated.

Tell them straight and be sure to mention why you think they are special. Genuine flattery is nice, insincere flattery can paint the picture of an untrustworthy “player”. The sincere sentiments will invoke pleasurable feelings in the recipient so even if they don’t feel the same way; they’re more likely to let you down gently.

Spark a general conversation about what they like most about dating and relationships. Assuming you’re still keen, either then or some days later, say something like, “You know how the other day you said...? I’d like to date someone who thinks that stuff.”  If the hint is too subtle for them, add, “Can you recommend anyone?”

Show Them Why They Should Date You

Make it playful, adventurous and think outside the box. For example, create a treasure hunt that leads the person through a few clues to solve until they reach the end treasure. For the treasure leave tickets for the cinema, something else, or a mere invite to a date at a specific time and place. This way you’ve told them with your actions that you’re attracted to them, are thoughtful, will create excitement in their life and go the extra mile for them.

Repeatedly invade their personal space whilst facing them; if they don’t shift their body very far away from you, chances are they like you in a romantic way. Your behaviour will have also told them that you like them, too. Now you know you’re likely to get a “yes” when asking to become more than friends. If you’ve been friends for some time, then judge how much you normally invade one another’s personal space and then use a physical move that goes beyond that.

Touch your romantic interest lightly when asking for a date. A light touch can increase the positive response a person receives, partially because the brain releases the hormone oxytocin when touch occurs. Interestingly, in an experiment, Guéguen (2007) found that if a man asked a woman to dance with him or asked for her phone number in a romantic context, she was more likely to comply with his request if he had lightly touched her on the arm at the time of the request. 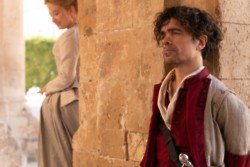 The beautiful trailer for Cyrano, starring Peter Dinklage, has arrived 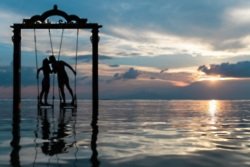 What is cuffing season, and are you being cuffed? 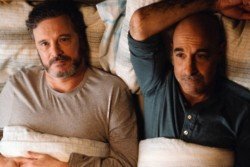