Echo & The Bunnymen Head Into Space

British rockers Echo & The Bunnymen Head are heading to space, well sort of. A NASA astronaut has specially requested a copy of their 1984 album Ocean Rain to take with him on a trip to the International Space Station next month.

Colonel Timothy L. Korpa has been a fan of the band since his teenage years, and contacted frontman Ian McCulloch recently to reveal he'll be listening to their tunes throughout his three-month stay on the ISS.

McCulloch and his bandmates quickly autographed a copy of the CD and mailed it to Korpa, who has promised to pose for snaps with the disc while in space.

The rocker says, "What an honour. It's official. We are the coolest band in the universe. As a kid I dreamt of being an astronaut, and now in a way it feels like I'm fulfilling that dream. I cannot wait to hear from Tim what it is like to listen to (track) The Killing Moon in the actual glow of the moon."

Korpa and his crewmates blast off on 13 June. 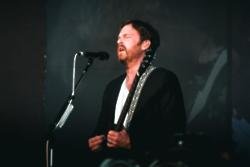 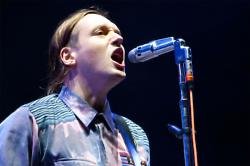