Pink Floyd's 'Dark Side of the Moon' and the soundtrack to 'Saturday Night Fever' are among this year's selections to be preserved by the US Library of Congress.

Pink Floyd's 'Dark Side of the Moon' and the 'Saturday Night Fever' soundtrack have been preserved by the US Library of Congress.

The iconic albums are among this year's selection of audio recordings to be enshrined in the Library of Congress' National Recording Registry, which annually honours 25 recordings which are "culturally, historically or aesthetically significant".

Other selections include Jimmie Davis' 'You Are My Sunshine', which was released in 1940, Chubby Checker's 'The Twist' from 1960, Simon & Garfunkel's 1966 record 'Sounds of Silence' and 1976's self titled first album by The Ramones.

"I share this honour in joyful memory of my brothers - Maurice, Robin and Andy - and wish to convey the heartfelt gratitude of myself and each of our families."

Recordings must be of significance to the United States and must be at least 10 years old to be eligible. 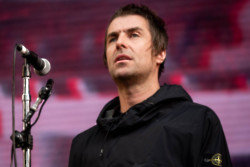 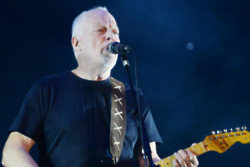