Westlife to make debut at Wembley Stadium in August 2020

Westlife will headline Wembley Stadium for the first time in their two-decade-spanning career next August.

Westlife have announced their first-ever concert at Wembley Stadium. 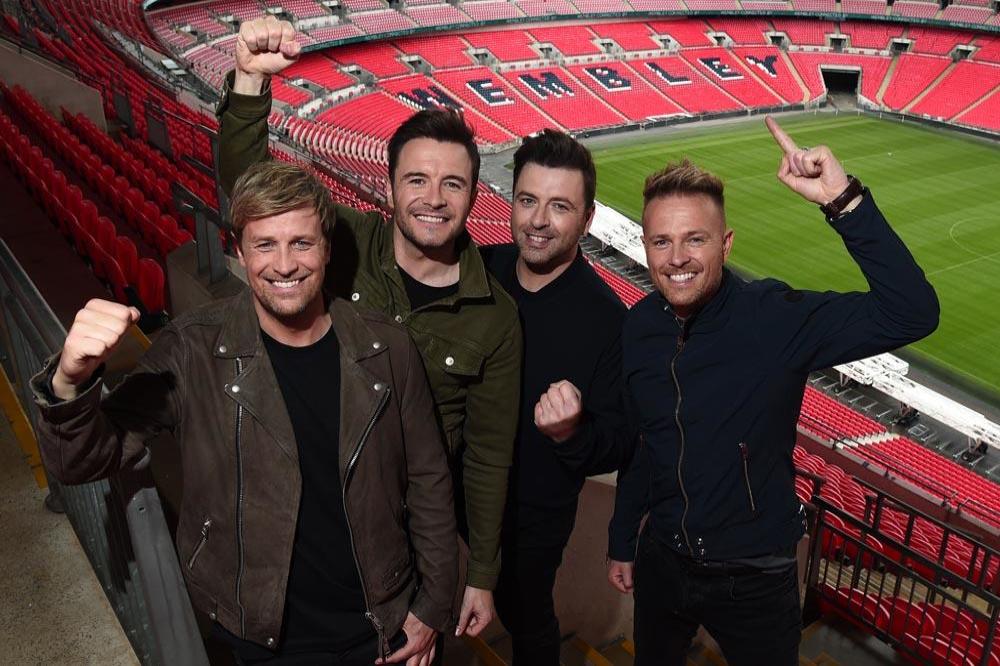 The 'What About Now' hitmakers - Shane Filan, Nicky Byrne, Mark Feehily and Kian Egan - will play the 90,000-capacity venue on August 22 and have promised it will be " a once-in-a-lifetime experience" for their fans.

Speaking on 'The Zoe Ball Breakfast Show' on BBC Radio 2 on Friday (13.09.19), the band said: "Headlining Wembley Stadium is a dream come true for all of us. "This is a once-in-a-lifetime experience and we're incredibly excited for a show which will be different and more spectacular than anything we've ever done before.

"This will be our biggest ever concert in the UK."

The 'Flying Without Wings' hitmakers will be joined at the show by special guests James Morrison and 90s girl group All Saints.

The one-off gig follows their triumphant 'Twenty Tour' earlier this year, which shifted a record 600,000 tickets across 27 cities and 13 countries.

Westlife are also gearing up for the release of their first album since 2020's 'Gravity' on November 15.

'Spectrum' features the singles 'Hello My Love', 'Better Man' and 'Dynamite' and has been largely co-written by Ed Sheeran and produced by Steve Mac.

As well the three singles, the LP features two other tracks penned by the 'Shape of You' hitmaker, plus a collaboration with James Bay.

The band recently teased that the record is "the very best version of Westlife possible".

They said: "We're all driven by trying to create the best album of our careers. Our fans deserve the very best version of Westlife possible and with this album we feel that we've achieved that.

Tickets for the Wembley show go on-sale to the general public on September 20 at 9am at www.livenation.co.uk