The Flaming Lips star Wayne Coyne has apologized for trivialising an online spat between Native Americans and the daughter of Oklahoma Governor Mary Fallin by posting photos of random friends and a dog wearing an Indian headdress online.

Musician Christina Fallin, who is a friend of Coyne's, sparked the war or words when she posted a photo of herself wearing a Native American-style headdress on her social media pages earlier this year (14).

The 27 year old was criticized for her naive act and, despite her apologies, activists protested when her band Pink Pony performed at Oklahoma's Norman Music Festival last month (Apr14).

They claimed the set was racist and discriminatory, prompting her politician mother to speak out against the gig.

I think there's a lot of regret

Coyne, meanwhile, wrote a message of support for Fallin online, posting images of friends and a dog wearing head-dresses.

In a new interview with Rolling Stone, the singer admits he was wrong to poke fun at Native Americans.

He says, "That was never our intention, and I realize now that it goes deeply to the heart of some Native Americans. I definitely regret it. "I would say that I'm very sorry, to anybody that is following my Instagram or my Twitter, if I offended anybody of any religion, any race, any belief system.

I would say you shouldn't follow my tweets; you shouldn't even probably want to be a Flaming Lips fan because we don't really have any agenda.

We go about doing things through our imagination.

And I would say that if we wrongly stepped on anybody's sacredness, then we're sorry about that.

That was never our intention...

I shouldn't have done it, and I regret doing it now.

I am sorry". Coyne has also taken aim at his friend Fallin's band and the way they addressed the headdress drama at the Norman Music Festival, which he attended. The singer adds, "I thought making fun of the protesters seemed stupid.

I thought their music was stupid.

I thought their attitude was wrong.

And I just thought, 'Why don't you just go out there and play your music, tell them you're sorry and play some cool music, and that would be what the festival is about?' Pink Pony handled it badly.

I agree with all that.

"But she's (Fallin) still my friend who I'm not going to throw away. I'm not going to jump on and say, 'Well, now that I realize that you handle social media badly, you can't be my friend'... She's young. And I think she's very sorry that it all happened, and that whatever she said exploded into this thing. I think there's a lot of regret". 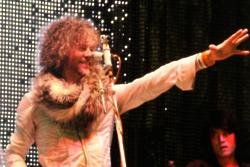 Wayne Coyne will team up with Miley Cyrus again 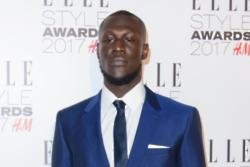