The Vaccines Will Perform At Croatia Rocks

The Vaccines will be performing at Croatia Rocks, it has been announced.

The Vaccines are to perform at Croatia Rocks.

The 'If You Wanna' hitmakers - which includes Justin Young, Freddie Cowan, Pete Robertson and Árni Árnason - are just one of the acts added to the festival's already-stellar line-up.

The event - which is run by the Ibiza Rocks brand - has also announced that Years & Years, Gorgon City, Lapsley and Bondax will appear at the five-day festival.

The Grammy award-winning Clean Bandit - made up of Jack Patterson, Luke Patterson, Grace Chatto and Milan Neil Amin-Smith - are also confirmed to perform at the event, whilst Jungle and Kate Tempest will also join revellers to party on the sunny island.

'Feel The Love' hitmakers, Rudimental - which includes Amir Amor, Kesi Dryden, DJ Locksmith and Piers Agget - have already been confirmed to hit the decks at the Croatian festival as well as BBC Radio 1's Zane Lowe.

There will also be a special guest appearance from Fatboy Slim at the event.

Revellers will be able to enjoy boat and pool parties during the day, before partying under the stars at night.

Croatia Rocks will take place on July 19th to 23rd on Zrce beach on the island of Pag. Tickets start from just £119 and can be found at www.croatiarocks.com.

tagged in The Vaccines Justin Young 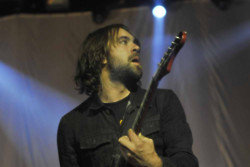 The Vaccines had 'fun' with their new album 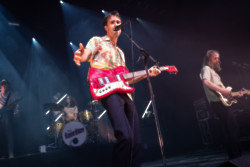 The Vaccines give fans post-lockdown booster with London stage return 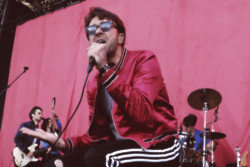 The Vaccines announce fifth album Back In Love City