Tyler, the Creator's Lawyer 'Video Footage Will Prove His Innocence Over Riot Claim'

TYLER, THE CREATOR's lawyer has declared video footage shot during a concert at the South by Southwest (SXSW) festival will clear the rapper of allegations he incited a riot.

The Odd Future star was arrested in Austin, Texas on Saturday (15Mar14) and booked on a charge of inciting a riot following his show in the city on Thursday night (13Mar14).

The 23-year-old rapper, real name Tyler Okonma, is accused of urging fans outside the venue to push past barriers and security to gain access to the gig, and his lawyer, Perry Q.

Minton, has now released a statement proclaiming the star's innocence.

He says, "At no time during the... concert did Tyler seek to incite or participate in riotous activity... It is clear from video clips and witness reports that the patrons and fans attending the show on that date were full of positive energy appropriate for this type of event and never exhibited any anger or aggression whatsoever... For law enforcement or the media to describe the rush of fans through the gate and the subsequent benign, boisterous activity as a riot is an unfortunate and inaccurate description of what occurred... Tyler is not a violent individual and would never deliberately engage in any activity that would put another person at risk of being hurt".

Tyler, The Creator was released on bail in the hours after his arrest and flew to Dallas for another gig.

tagged in The Hours Texas Odd Future Rapper The South 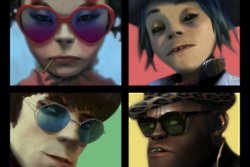 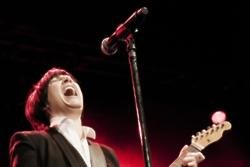