Photos Of The Stone Roses Photos Will Raise Charity Money

Photos of The Stone Roses have received bids of over £300 in an auction to raise funds for charity.

The 'Waterfall' rockers launched a charity auction on Monday (21.10.13) in aid of the Teenage Cancer Trust, as well as celebrating the release of their new documentary, 'Made of Stone', directed by Shane Meadows, on DVD.

Shane said: "We [Shane and producer Mark Herbert] have always been aware of the Teenage Cancer Trust's work and we have always wanted to work with them, as they are a great charity who do great things."

The 'This Is England' director was at the Century Club on Monday where photos of the band - Ian Brown, Mani, Reni and John Squire - during the filming of the documentary were unveiled.

Following the event, the images were put up for auction on eBay, where they have attracted a number of bids.

Shane added: "The charity auction to run alongside the release of the DVD seemed the perfect chance to collaborate and raise some money in the process."

The highest bid is currently £320 on a framed image of singer Ian performing at Heaton Park during the band's comeback shows last year. The print is also signed by Shane.

Although The Stone Roses reformed in 2012, they have yet to release any new material, but Shane said they were working on new tracks during the filming of the documentary, although they were very protective of their new songs.

He told NME magazine: "I went up one day when they'd been writing some stuff and there was a four-track machine there and I thought ... if they walk out of the room and leave that I'm going to press play and I'm going to risk getting beaten up just to hear it. They never left me in the room on my own."

To bid in the band's charity auction, visit bit.ly/aXCGO0 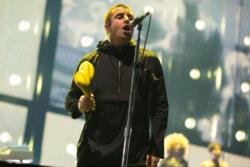 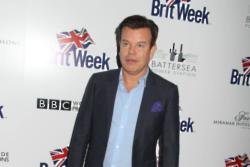 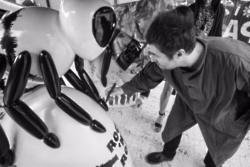