Rap greats the BEASTIE BOYS have been denied a motion to dismiss a lawsuit filed against them over unauthorised sampling.

Michael Diamond, Adam Horovitz and Adam Yauch were named in legal action by record executives at TufAmerica a day after Yauch's death in May last year (12), amid allegations the hip-hop stars illegally used material from their catalog on the band's 1989 album Paul's Boutique.

The surviving members of the group hit back at the claims last November (12), insisting the tracks in question did not bear enough substantial similarities to the originals to warrant the lawsuit, and asked a New York judge to throw out the case.

On Tuesday (10Sep13), U.S. District Judge Alison Nathan denied their request, ruling that there was enough of a case to have two song samples further tested in her courtroom - the one-second use of Trouble Funk's track Say What on Shadrach, and the 51-second sample of Let's Get Small on the Beastie Boys' Hold It Now Hit It.

However, there was some good news for the Beastie Boys - she dismissed similar charges regarding three other samples used on the album, and applied a copyright rule which only holds defendants liable for any potential damages for sales in the three years before the lawsuit was filed, according to The Hollywood Reporter.

Yauch, aka MCA, died last year (12) after a three-year battle with cancer. 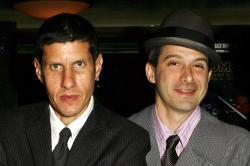 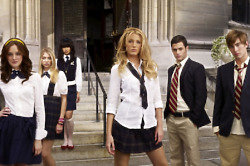 Cops Step Up Watch on Hip-Hop Parties After Shooting 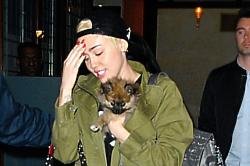