Take That dedicated 'Back For Good' to the England football team at an intimate gig on Sunday (15.07.18).

Take That dedicated 'Back For Good' to the England football team at an intimate gig on Sunday (15.07.18). 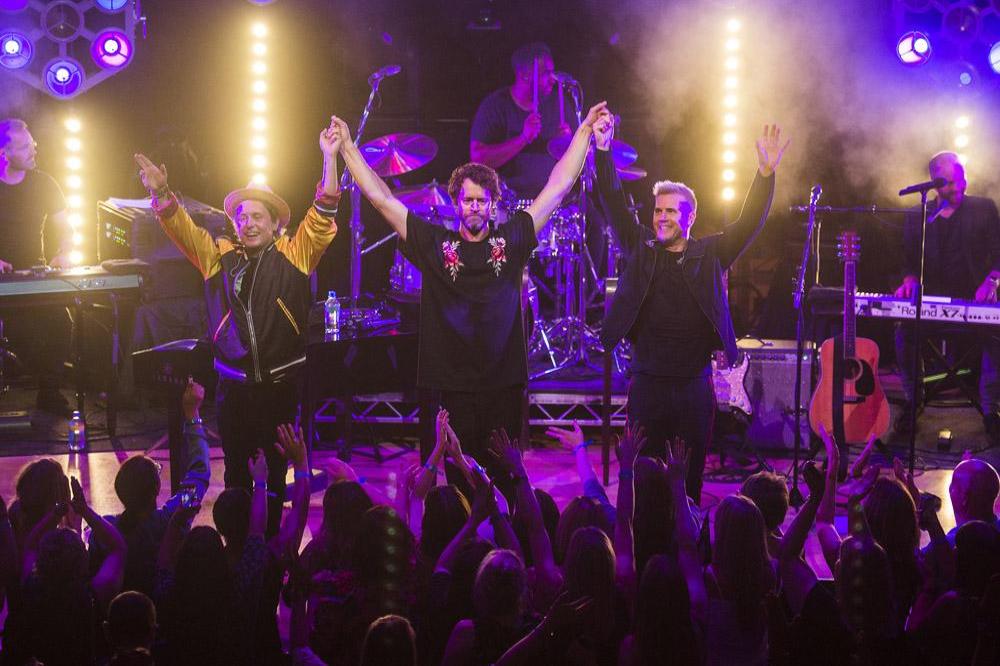 The trio delighted 400 fans at London's King's Place with a greatest hits set to help Unbox Amazon's Prime Day but Mark Owen admitted he'd have been tempted to miss the gig if his national side had made it to the World Cup Final, which had been held earlier in the day and saw France triumph over Croatia.

Mark said: "Hands up who wouldn't be here if England had got to the final - I'm not sure I would."

"This is dedicated to the England team."

The band then performed their chart-topping 1995 single.

The group had begun their short set with 'Shine' and then delighted the audience - which included Thom Evans, Leigh Francis and Oliver Proudlock - by breaking out their original dance moves from 1993 single 'Pray'.

The crowd sang along to every word of the show as the trio - which also includes Gary Barlow and Howard Donald - belted out a string of their biggest hits, including 'Never Forget', 'Greatest Day', 'Rule the World', 'The Flood', and 'Relight My Fire'.

Meanwhile, Gary has teased some "exciting announcements" coming from the group in the coming weeks.

He tweeted: "There are some exciting announcements coming from TTIII soon. We've an extremely important release coming this Winter in the form of a Greatest Hits with a twist. Then in 2019 we will turn our recordings into a live show featuring all the hits from the last 3 decades. #TTIII (sic)"

Prime members can stream the Best of Take That on Amazon Music as part of their membership. Prime members who haven't yet tried Amazon Music Unlimited can get four months of the premium, on-demand service with access to tens of millions of songs and hands free listening, for just 99p this Prime Day (usually £7.99 a month or £79 a year for Prime members).

Take That performed an intimate gig with Amazon to celebrate of 36 hours of deals for Prime Day 2018 - amazon.co.uk/primeday