Take That have announced a live screening of their final date of their 'Greatest Hits Live Tour 2019' in Cardiff, South Wales, at cinemas nationwide on June 8. 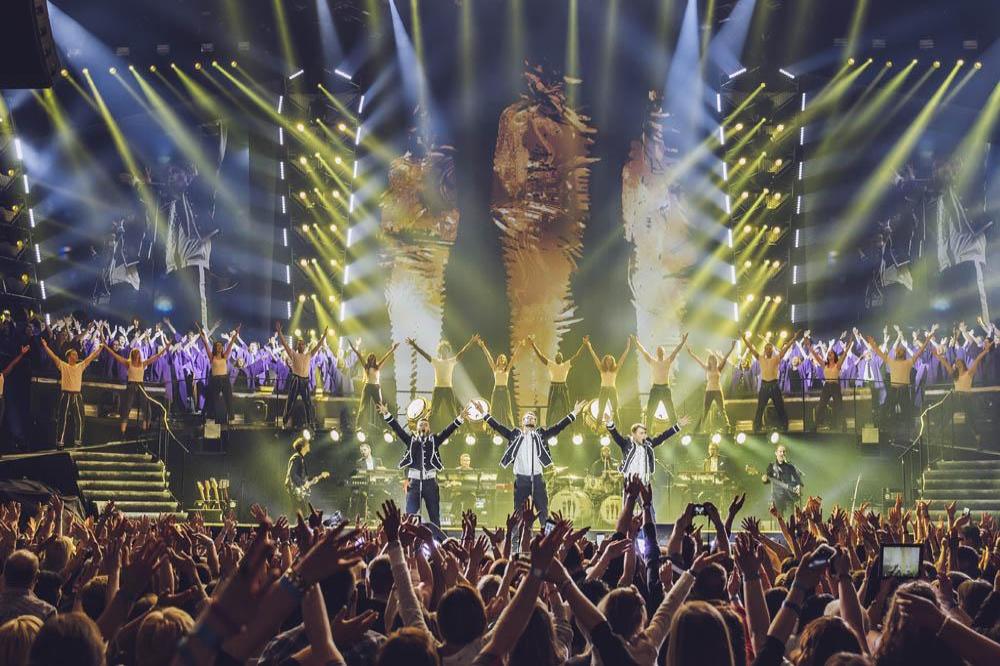 The Manchester pop group - comprised of Gary Barlow, Mark Owen and Howard Donald - have teamed up with CinemaLive to offer their fans the chance to witness their performance at the Principality Stadium, Cardiff, South Wales, from the comfort of one of over 600 cinemas in the UK and Ireland on June 8 from 8pm.

According to a press release, there will also be "exclusive cinema content" aired for the big finale, which is part of the 'Back For Good' hitmakers' 30th anniversary celebrations.

The band said: "We're so excited to be able to bring all our fans together for the last night of our UK tour - it's going to be a really special night for us.

"To have cinema audiences all around the UK and Ireland joining us here in Cardiff will be incredible - we can't wait. See you all really soon!"

In 2017, the trio broadcast their 'Wonderland Tour' show from The O2, which broke the record to become the highest-grossing live concert cinema screening of all time.

The extensive run of dates in the UK and Ireland kick off on April 12 at Sheffield's FlyDSA Arena and includes eight stops at London's The O2.

The 'Shine' hitmakers released the album 'Odyssey' ahead of the tour, which saw them re-imagine their greatest hits and featured the lead single 'Pray', plus hits such as 'Rule the World', 'Relight My Fire' and 'Patience'.

Tickets for the CinemaLive viewing are available on Friday (15.03.19) from www.takethat.com/livecinema