Soundgarden and Queens of the Stone Age supergroup formed

Members of Soundgarden, Queens of the Stone Age and OFF! have come together to form a supergroup and they are aiming to release new music by the end of the year (14).

Rockers Matt Cameron and Ben Shepherd of Soundgarden, former Queens of the Stone Age guitarist Alian Johannes, and Dimitri Coats from OFF! are part of an as-yet-untitled band, which Coats tells Billboard is a "fun little side project" with his contemporaries.

Cameron, who is also a member of Pearl Jam, reportedly started the side project group in 2008 with Shepherd and Johannes, and he invited Coats to join the band after they connected on Facebook.

Coats explains, "I'm kind of along for the ride on this one. Those guys have known each other for years; I'm like the new guy. "I was like, 'Dude! I'm a huge fan!' I told him (Cameron), 'I consider myself to be a really excellent air drummer, and I have trouble air-drumming to some of your fills', and he was like, 'Wow, that means a lot coming from you because I'm a huge fan of yours'.

We became instant friends". Coats reveals they've already begun recording tracks in Seattle, Washington, and the bandmates' chemistry together was immediate. He adds, "There was just an instant chemistry and a really creative and open situation where everybody's passing around the guitar and throwing in ideas.

I sort of felt like I was in the grunge Beatles.

"I think we've laid down the foundation for, like, 10 songs... We might invite a couple of guests at some point". 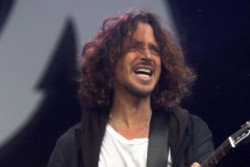 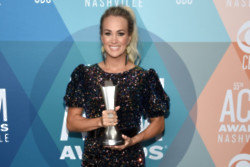 Carrie Underwood felt 'lucky' to grow up around 90s grunge 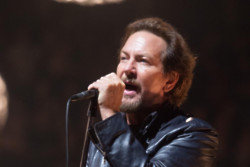