Sarah Harding is back in the studio

The former Girls Aloud singer Sarah Harding revealed she is back in the studio recording music for the first time since the girl group split in 2013.

Sarah Harding has revealed she is back in the studio recording new music. 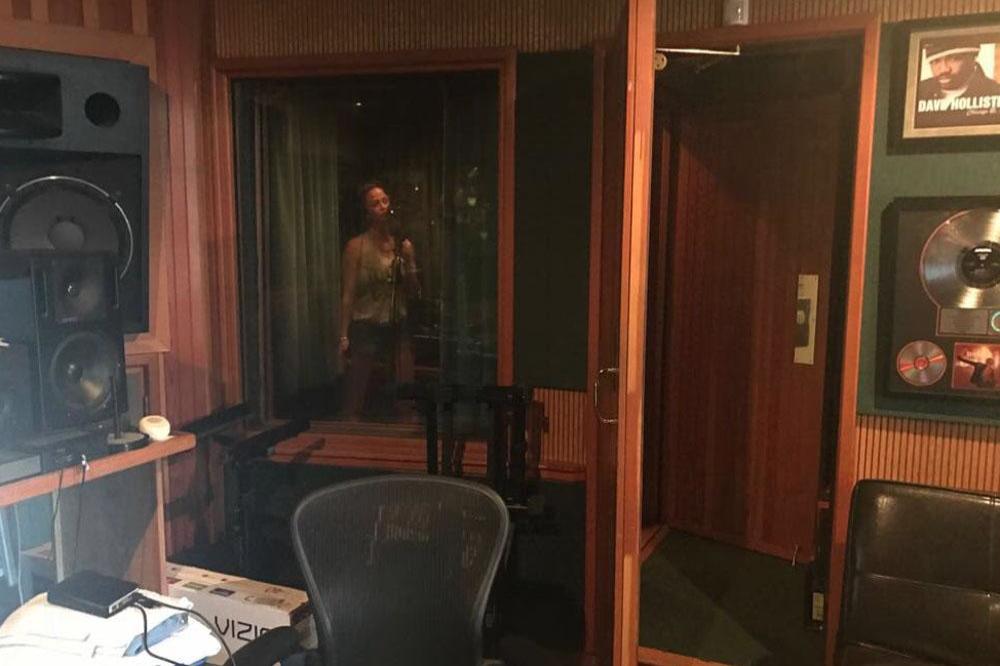 The former Girls Aloud singer took to social media on Thursday (05.10.17) to reveal she is back in the recording studio for the first time since before the girl group - which also featured Nadine Coyle, Cheryl Tweedy, Kimberley Walsh and Nicola Roberts - split up back in 2013.

Sarah - who recently won the latest series of reality show 'Celebrity Big Brother' - revealed the news just weeks after speculation arose that she was heading to America to be with her new beau Chad Johnson after she put her UK mansion up for sale.

The 'Love Machine' singer was reunited with the 'Bachelorette' star - whom she met whilst in the 'Big Brother' house - last week after she flew across the pond to be with him following three weeks apart, but although it's still early days for them, it looks like things are hotting up between them fast as the blonde beauty has decided to put her lavish home in Buckinghamshire on the market.

The pop star was spotted running into the arms of her 30-year-old beau and planting a kiss on his lips after they were reunited at the airport.

Sarah's decision to jet Stateside for some quality time with Chad comes after they realised the long distance between them was wreaking havoc for their new relationship.

A source said recently: "Things are hard - they're so far apart, and there's the time difference too. When they do speak things are tense. It's really tough. Things are really up and down and everyone's saying they're on the rocks."

But, although they haven't commented or liked one another's pictures in weeks, they do still follow each other and friends have confirmed they're still together at the moment.