Sandie Shaw Apologized to Mumford And Sons Over School Comments

Sixties music icon Sandie Shaw called Mumford and Sons to offer them a personal apology after she made unflattering comments about their posh background during a political committee hearing.

The singer hit headlines in March (13) when she mentioned the band during her address to British politicians on the government's Culture, Media and Sport Select Committee.

Shaw was taking part in the hearing to address funding issues in creative industries, and she suggested musicians from wealthy families have an unfair advantage over aspiring artists from poor backgrounds, saying, "At the moment, unless you're Mumford and Sons and come from a public school and have a rich family that can support you, you're on the dole (unemployment benefit)... and by the time you get a sniff of a record contract you just grab anything that they might offer you".

Shaw now admits she felt terrible about how her remarks came across and she even called the folk rockers to offer her apologies.

She tells Britain's Daily Mirror, "I was just saying that it's really difficult at the moment to get funding for anything unless you are a potential global act and who knows who will be a global act? They are my friends, the Mumfords. I had to ring them afterwards to say I'm so sorry. They were really generous about it, to be honest. "I was so upset.

My raison d'etre is to get artists together.

I don't give a damn where people come from.

Mumford and Sons didn't have it easy.

They did a lot of sleeping on friends' couches at first".

tagged in Singer Mumford and Sons 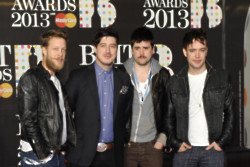 Winston Marshall taking break from Mumford and Sons after backlash 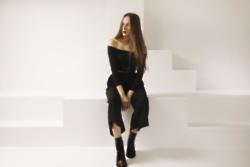 Gretta Ray only had soundcheck rehearsal before Mumford and Sons duet