The Recording Academy and MusiCares have setup a relief fund to help music industry professionals who have suffered financial losses as a result of the coronavirus pandemic.

The Recording Academy and its charity MusiCares has setup a fund to help music professionals affected by the COVID-19 pandemic. 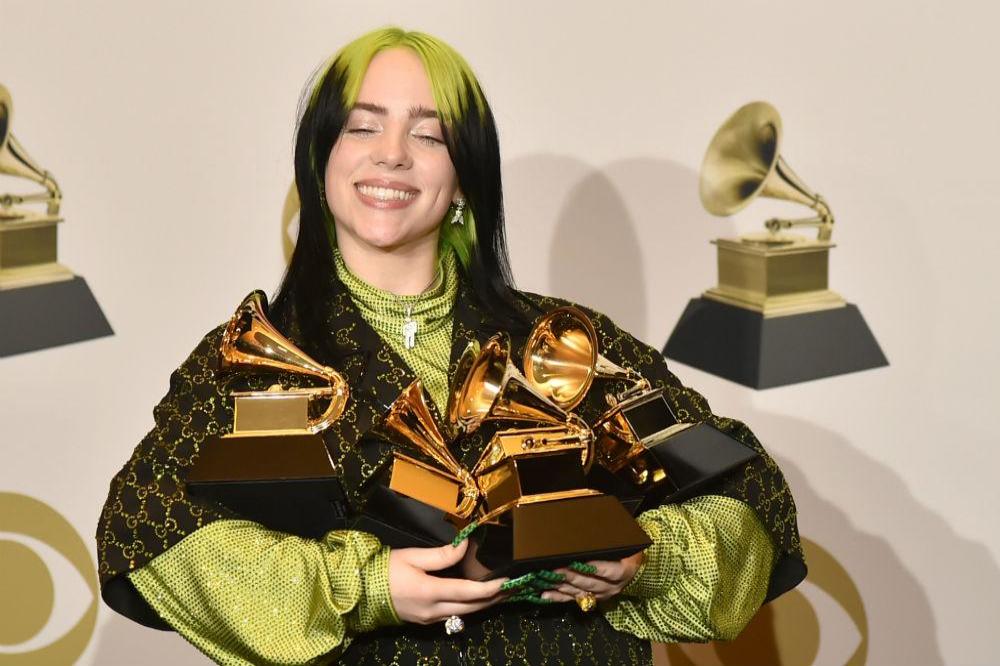 Billie Eilish at the Grammys

The organisation - which runs the Grammys - and their charity, which already provides more than $60 million in health, financial, and rehabilitation resources to musicians and people in the industry in need, has announced a new relief effort to help support those who are suffering devastating financial losses, due to unprecedented number of event cancellations.

The Chair and Interim CEO of the Recording Academy, Harvey Mason jr., said in a statement: "Event cancellations are at unprecedented levels and the situation therefore requires an unprecedented response.

"Many people in the industry are now in crisis, not knowing what the future holds or having to deal with dire commercial realities. "We are asking the entire industry to stand with us to support the musicians, artists and professionals who are the bedrock and the future of our music community."

Both The Recording Academy and its affiliated charity have donated $1 million each to the relief effort.

As well as tours by the likes of Billie Eilish, The Who, The Rolling Stones, My Chemical Romance, and many more, being postponed or cancelled, festivals such as Coachella and the music conference SXSW have had to reschedule and be axed.

Musicians are now taking to social media to continue to perform for their fans through the pandemic in a bid to lift spirits.

Most recently, U2's Bono live-streamed himself performing a brand new song, 'Let Your Love Be Known' and dedicated the track to "anyone" in a "tight spot", including health professionals "on the front line", as his country remains in lockdown.

Chris Martin aired a live set from his studio as part of Global Citizen Festival's 'Solidarity Sessions: Together, At Home' series this week.

John Legend, Keith Urban, Neil Young, Christine and the Queens, and Yungblud are also among the many musicians who have also followed suit in swapping the stage for their homes to entertain their fans through the pandemic.

The 'All of Me' hitmaker tweeted: "My friend Chris Martin did a lovely little concert from home today. I'll be doing one tomorrow at 1pm Pacific time. See you soon. We'll try to get through this together! #TogetherAtHome (sic)"

Neil announced his own upcoming 'Fireside Sessions' and 'Loner' rocker Yungblud went live this week, and performed to 41,000 fans.

tagged in The Who The Rolling Stones