Queens of the Stone Age aren't a fan of festivals 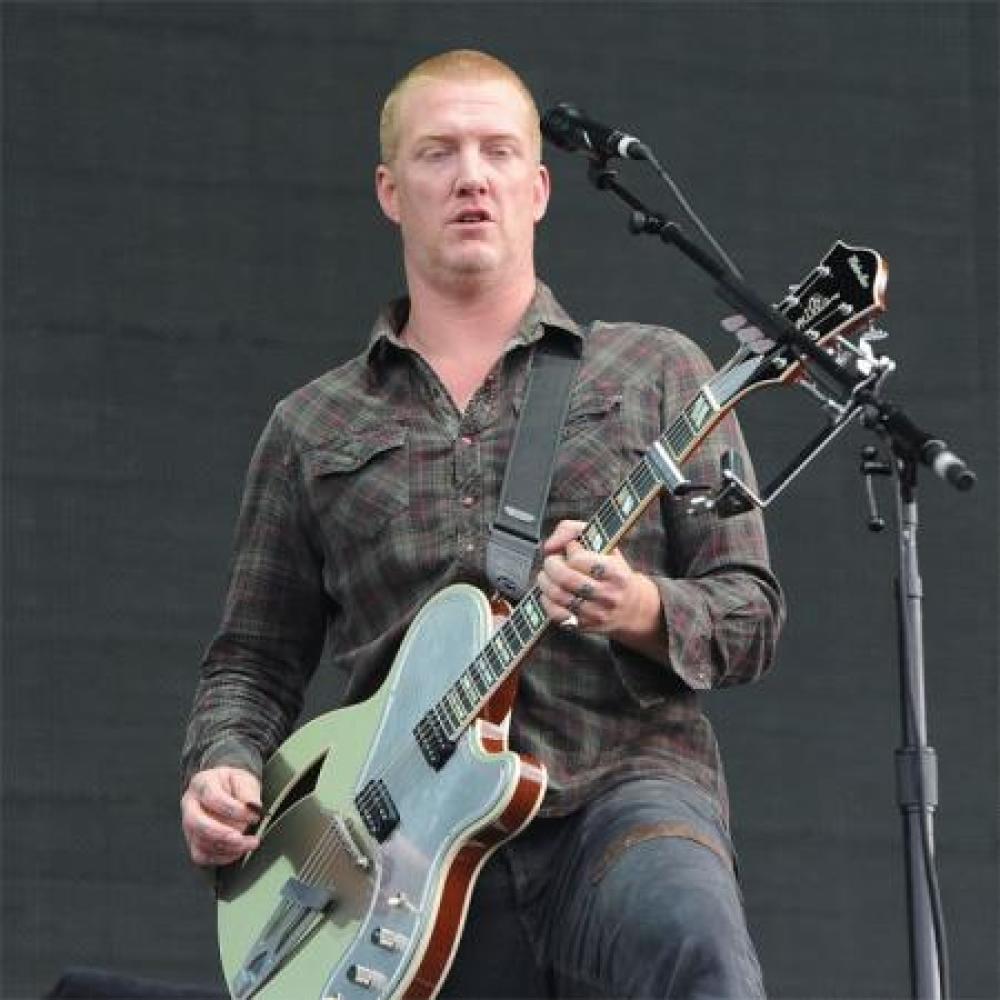 Queens of the Stone Age have said festivals are "too grand".

The rock band - made up of Josh Homme, Troy Van Leeuwen, Michael Shuman, Dean Fertita and Jon Theodore - have ruled out a summer festival and chosen to play a co-headline tour in Australia with Nine Inch Nails instead.

Frontman Josh told Australia's fasterlouder.com: "Lots of festivals are like 50 or 60 bands. It's too much to encapsulate, the idea is too grand.

"I think the notion of somewhere between six to 10 bands is much stronger ... Everyone's chasing the dough all the time instead of trying to make art.

"I know that Trent [Reznor from Nine Inch Nails] and myself get so obsessed with trying to set [our] own bar that it's nice to put bands together and have that solidarity and have something that's greater than the sum of its parts."

Queens of the Stone Age have played a number of festivals in the past including V Festival, Download, Big Day Out and Splendour in the Grass, and Nine Inch Nails - featuring Trent, Robin Finck, Alessandro Cortini and Ilan Rubin - were rumoured to be playing this year's Soundwave tour but said it wasn't the "right vibe" for the band or their fans.

Talking about the decision, frontman Trent said: "That got misconstrued [by Soundwave promoter AJ Maddah] into I'm trying to be - what was it? 'Justin Timberlake'? A better way of saying it is, 'I think your bill sucked and I'd rather not be on that bill.'"

He thinks their latest tour, which kicks off today (06.03.14) at the Entertainment Centre in Sydney, raises the stakes.

Trent joked: "We've gotta throw down or someone's gonna get hurt," adding, "But that's good, everyone wins when you know you have to go all out. That's an exciting facet to what this tour is."