Placebo paid tribute to Meltdown curator Robert Smith with a cover of The Cure's 'Let's Go To Bed' at their gig on Saturday (16.06.18).

Placebo covered The Cure at their Meltdown Festival gig on Saturday (16.06.18). 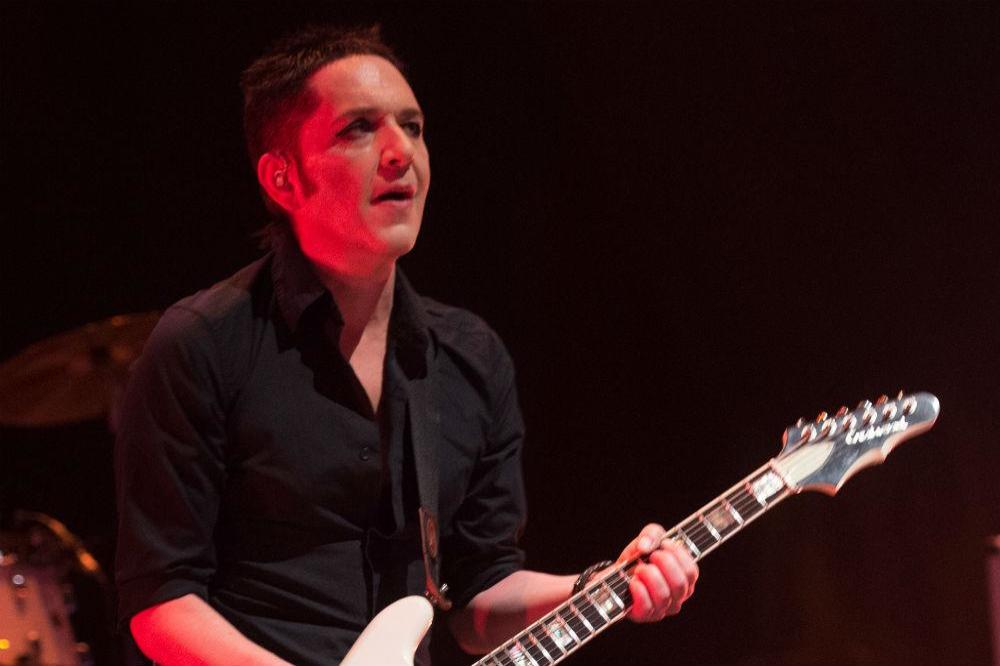 Frontman Brian Molko didn't address the crowd at London's Royal Festival Hall very much during their two-hour set, but he broke his silence to say he and bandmate Stefan Olsdal felt "honoured" to have been asked by the event's curator, Robert Smith, to be a part of this year's festival, and later in the gig they showed their appreciation for the goth rocker in musical form.

Returning to the stage for their first encore, they performed The Cure's 1993 hit 'Let's Go To Bed', much to the delight of fans.

Earlier in the evening, the duo, along with their strong backing band, had entered the stage to an extended introduction of their 1998 hit 'Pure Morning' and launched the largely-uptempo set with a rousing rendition of the full track that brought many from the all-seated audience rushing to the front, where they crammed in front of the seats and stood throughout the stairwells to dance along for the entire gig.

Brian appeared stunned midway through 'I Know' as, during a break in the song before the final chorus, the group were greeted with a standing ovation and cheers that lasted longer than the song before it eventually died down and they were able to finish the track.

The set spanned the band's two-decade long career and older songs such as 'I Know' and 'Without You I'm Nothing' have stood the test of time and sounded just as fresh as newer material, which dedicated fans embraced just as warmly as their original favourites.

After ending the set with 'The Bitter End', Placebo exited the stage to return for a two-track encore of their Cure tribute and 'Infra-Red'.

Once they'd left the stage again, the introduction to their version of Kate Bush's 'Running Up That Hill' kicked in - but fans were treated to a 10-minute loop of the intro as technical difficulties prevented the band from coming back for some time. However, once they did, the audience sang along to every word of the track and even after they exited for the third and final time, many hopefully still hung around hoping for more - though judging by the excited buzz when they finally began to leave, they hadn't been too disappointed thanks to the stellar 20-song set.

The event's curator, Robert will close the event with a special two-hour show titled Curaetion-25.

tagged in The Cure Placebo