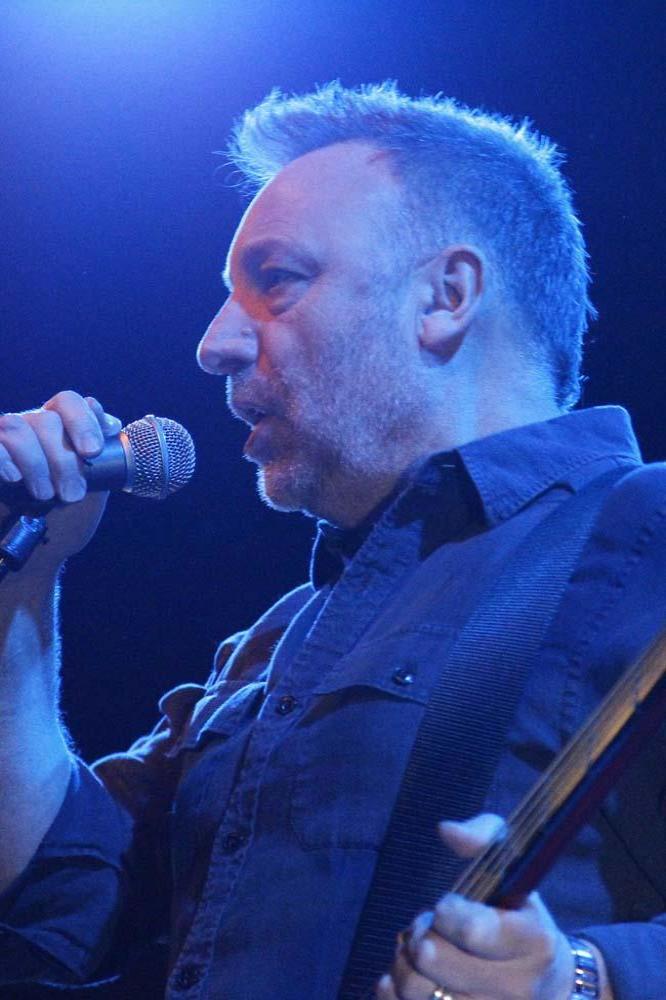 The 41-year-old star has blasted Peter for his negative remarks towards the band since leaving in 2007, after he accused them of setting up a company behind his back and failing to pay him the royalties he was owed.

He said: "It saddened me a few years ago, but he's said such horrible things about Bernard [Sumner] and the rest of the band that it just makes me angry now."

Peter, 59, sued his former bandmates for "many millions of pounds" in a row over royalties last month, and Phil is disappointed by how the row has escalated over the years.

He told Loaded: "Peter phoned me a couple of years ago, because I said something in an interview that offended him. He said: 'Look, it's all getting a bit personal, this. It's ridiculous. I've got my thing, you've got yours, and it's cool. Everyone's happy.'

"But that's obviously not the case. He's not happy. He decided to leave the house, and now he's outside it, chucking bricks through the window."

Bernard, meanwhile, recently said the feud is "getting boring".

He admitted: ''It's a real shame. My heart bleeds for him. He left the band, and then he complained about leaving the band.

"But I wish him good luck and that he gets on with what he's chosen to do instead of calling me all sorts of names. He's so angry.

"If you choose to take a path in life, don't blame other people for the path you've chosen to take ... it must be getting a bit boring for people. He did leave a bad taste in my mouth.''