Pete Doherty has revealed that he avoided listening to the Arctic Monkeys for a "long, long time" when he started out as he'd "heard they were good" and he didn't want to compare his band The Libertin

Pete Doherty refused to listen to Arctic Monkeys when they started out because he feared they would be much better than his band The Libertines.

The 40-year-old rocker avoided Alex Turner's songs for a "long, long time" because he "heard they were good" and would give him an inferiority complex.

In an interview on 'Phil Taggart's Slacker Podcast', Pete said: "The Arctic Monkeys, I just refused to listen to them and managed to avoid them for a long, long time, that's because I heard they were good and I didn't want to listen to them."

Pete went on to spill that he and the 'R U Mine?' hitmakers - who released their debut LP 'Whatever People Say I Am, That's What I'm Not' in 2006 - have a strained relationship due to comments he has made and several snubs all of which mean he has never met any of the band, which is comprised of Alex, Matt Helders, Jamie Cook and Nick O'Malley.

He added: "There's been a few things that have happened where I didn't know them by sight and they've come to say hello and I've had them slung out or something, and then when I tried to go say hello I wasn't allowed to go anywhere near their backstage ... so I still haven't met them."

The 'Can't Stand Me Now' singer has now listened to their albums and he has to begrudgingly concede that Alex, 33, is a "good songwriter" although joked that he "pulls apart" his relationships on his tracks and feels there are "a few embarrassed girls out there" who previously

Speaking of Alex, he said: "I suppose he's a good songwriter, isn't he?

"I wouldn't want to be in a relationship with him though. He really pulls them apart in those songs, the ones that I've heard, you know? There's a few embarrassed girls out there I'll tell you now." 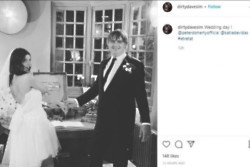 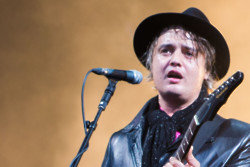