Bestival have for the first time announced all four of their headliners at once in the form of The xx, Pet Shop Boys, A Tribe Called Quest and second stage closer Jamie T.

The xx, Pet Shop Boys and A Tribe Called Quest and Jamie T will headline this year's Bestival.

This year's music extravaganza is being held at the Lulworth Estate in Dorset, South West England between September 7 and September 10.

'On Hold' hitmakers The xx will be the first ever Castle Stage headliners at Bestival and are thrilled to have been invited back as they hold a special place in their hearts for the festival, which used to be held on the Isle of Wight.

Commenting on their slot, the group - comprised of Romy Madley Croft, Jamie xx and Oliver Sim - said: "Bestival was one of the first festivals we played, back in 2010, and it had always been a dream for us ... we even begged to play the previous year. In 2012 we returned to play the main stage and we're so happy to say we'll be headlining this year, at the new site in Dorset. The Isle of Wight will hold a special place in our hearts but we're excited to bring our new show to their new home."

Electronic duo Pet Shop Boys - Neil Tennant and Chris Lowe - said: "Amazingly it is over 10 years since we last played Bestival but we remember it being one of the most enjoyable festivals ever. Looking forward to bringing our new show there this year - and seeing how the audience has decided to dress up!"

Jamie T will also be heading up Thursday night (07 September) on the second stage, The Box.

The festival's creator, Rob da Bank, has set out to reclaim the festival's place as "the funnest, most adventurous, musically savvy and downright magical festival".

He commented: "Well what an adventure this promises to be ... we have a beautiful new home with a massive castle in the middle of it, acres of beautiful woodland and forest, a sea view and the dramatic Jurassic coastline. Going back to our roots with Josie da Bank's hand-drawn artwork, reviving all our favourite stages from 14 years of Bestival history and going out with all our headliners for the first time ever together, we're pretty excited at Bestival HQ. From pop to grime, hip-hop to techno, folk to classical and every style in between we are reclaiming our place as the funnest, most adventurous, musically savvy and downright magical festival on the map. Please come along for the ride. and remember Increase the Peace." 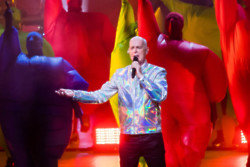 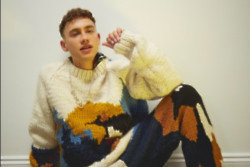 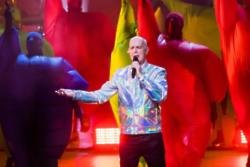