Nine Inch Nails Will Tour Alongside Queens Of The Stone Age 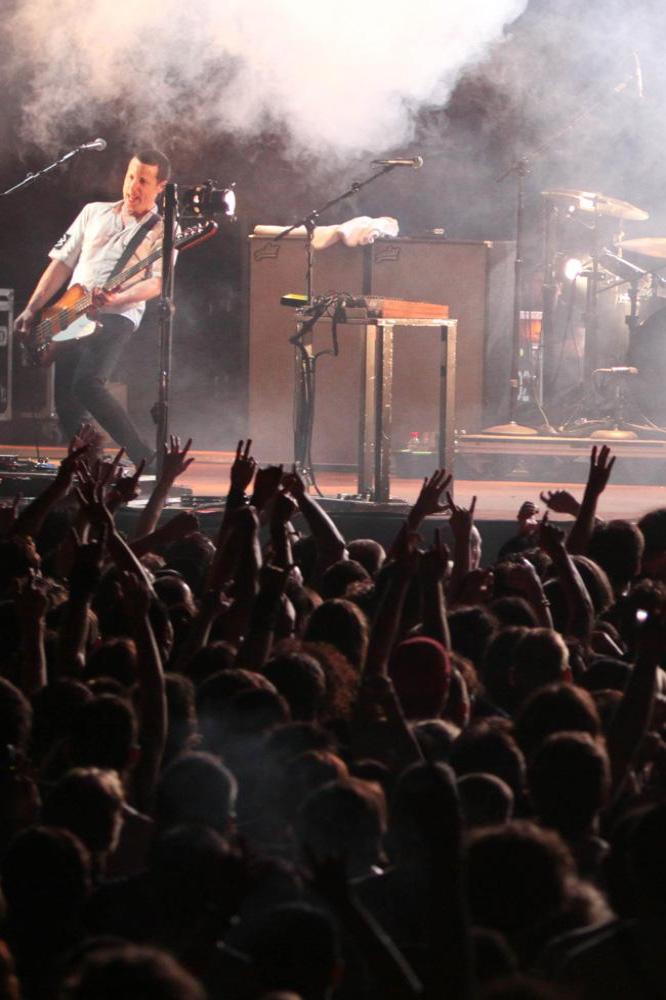 Nine Inch Nails and Queens of the Stone Age are to team up for a joint-headlining tour of Australia and New Zealand in early 2014.

The two hard rock acts will alternate time slots on the eight-date trek, which begins in Sydney in March.

Queens of the Stone Age frontman Josh Homme's wife Brody Dalle will open on all dates.

Meanwhile, Nine Inch Nails kickstart an autumn tour with Gary Numan, Godspeed You! Black Emperor and Explosions in the Sky on select dates on October 11 of this year, the same night QOTSA open a three-month U.S. and European tour in Austin, Texas.

tagged in Nine Inch Nails Queens of the Stone Age