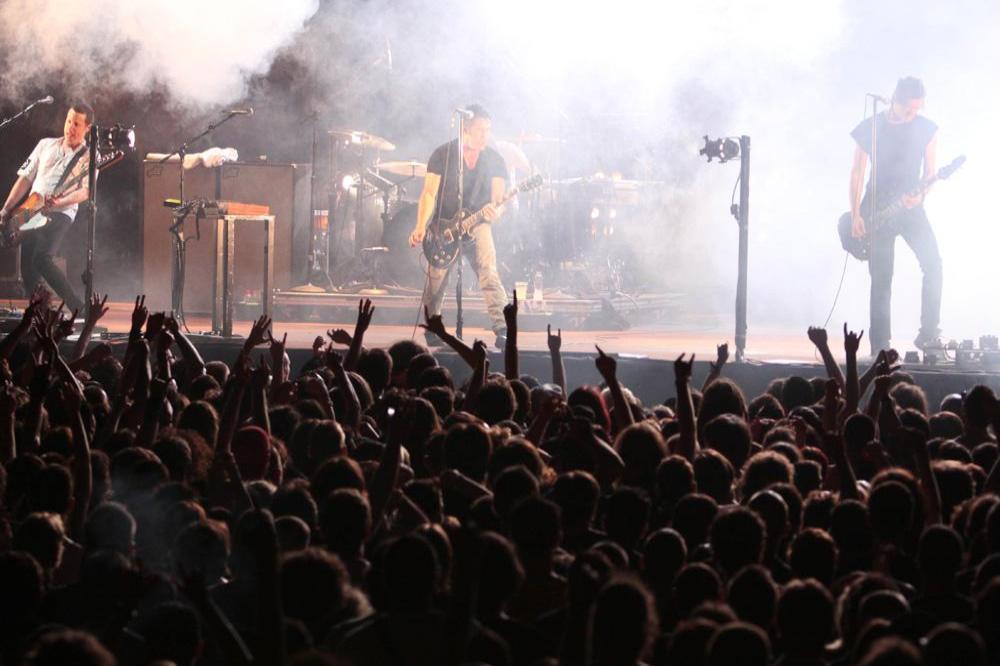 The American industrial band will perform at the iconic venue in Kensington, west London on June 24.

Lucy Noble, Artistic Director at the Royal Albert Hall, said in a statement: "We're delighted to announce the Hall debut of one of the most innovative, influential and important rock acts of recent decades, the incomparable Nine Inch Nails. This career-spanning show will showcase the singular genius of Trent Reznor in a suitably iconic setting."

Support will be provided by Black Moth Super Rainbow and tickets for the show are priced between £35 and £75.

Meanwhile, frontman Trent Reznor recently revealed that the band's EP - their third and final one in this trilogy - should be out ahead of their June performances.

Explaining why it has taken so long, he said: "We started out with a rigid concept, having not written them all. As we finished Add Violence we found ourselves ... it felt too predictable. It felt like we were forcing things. Musically and storytelling-wise.

"The reason this has been delayed is because it took us a while for - what has become the third EP - to reveal itself to us. We're in the process of finishing this right now and should be out before the shows take place."