Nick Oliveri will perform later this month with former band Queens of the Stone Age.

After being fired from the band over a decade ago, he'll now be supporting the group in Los Angeles on October 31, and singer Josh Homme's asked him to join them for the show's encore. 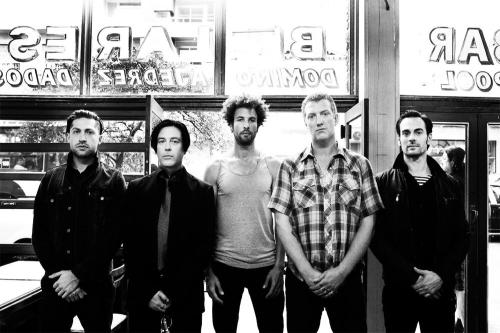 Queens of the Stone Age

Nick explained: "Josh asked me to do six songs with Queens, like an encore set. A reunion, but not a reunion.

"I'm going to get up and play some bass and sing some songs at the end of the show. It should be interesting."

He admitted he's been keen to play with his old friends many times since he left and suggested he'd like to continue doing so in the future after this mini-reunion.

Speaking to NME Magazine he said: "That's pretty much up to Josh. It's his band.

"I stopped asking after a while and then he asked me.