New Order have announced they will only be playing one show in the UK this year at London's Alexandra Palace.

New Order have announced a one-off UK show for this year. 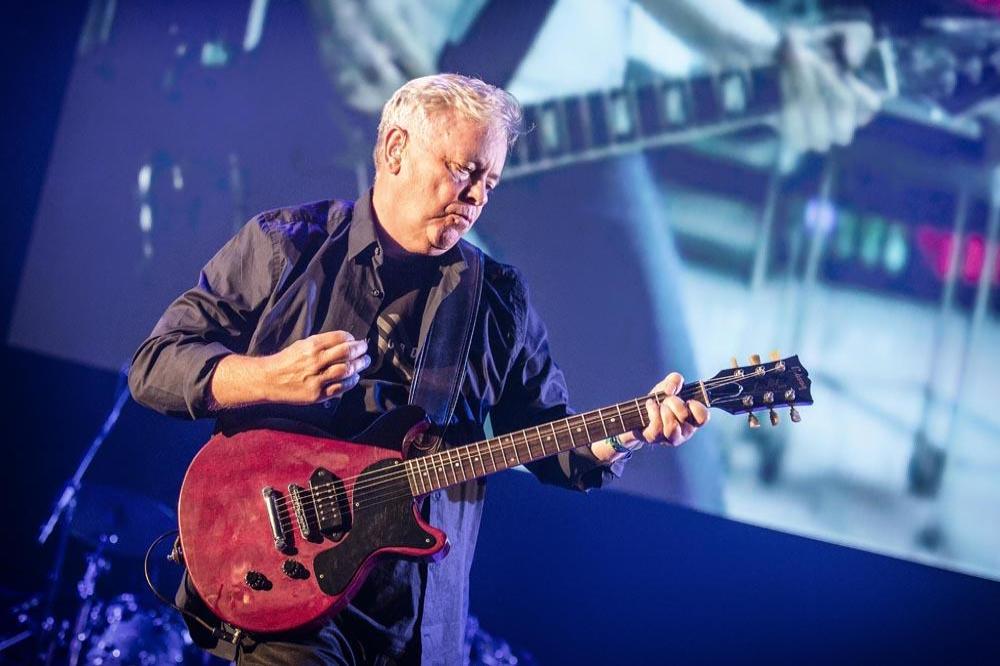 The 80s synth-pop veterans will headline London's Alexandra Palace on November 9, before heading out on a Latin America tour which kicks off on November 18 in Mexico city, before wrapping in Curitiba, Brazil, on December 2.

Announcing the show in the British capital, the band tweeted: London, are you ready? Find out ticket details for our only UK show of 2018 at @Yourallypally here: http://bit.ly/2oABtVa (sic)"

Meanwhile, the 'Blue Monday' hitmaker recently announced a new documentary, 'New Order: Decades', which will give fans a walk through of their history.

The forthcoming Sky Arts film is set to go behind the scenes of their 'So It Goes' debut in 1978, what would be the 'Love Will Tears Us Apart' hitmakers' first TV performance after late singer Ian berated the presenter in Manchester's Rafters nightclub.

The documentary will show footage of the group working with artist Liam Gillick and a synthesiser orchestra for the re-working of 'So It Goes' at the Manchester International Festival 2017.

The Mike Christie-helmed film will feature interviews with the band, designer Peter Saville and shows several crucial performances in their 40-year history.

A tweet on the band's official Twitter page revealed: "New Order: Decades" will air on Saturday 22nd September at 9pm on @SkyArts.

Directed by @mikechristieuk, the part concert, part documentary follows the band's preparations for their appearance at @MIFestival 2017.

According to Sky, it's "a rare chance to enter the band's private world, understand the visual philosophy of their aesthetic and design, and witness their collaborative, creative processes first hand."

Last year, New Order reached a "full and final settlement" with ex-member Peter after a long-running legal dispute over royalties.

The 62-year-old musician claimed to be £2.3 million out of pocket after he quit the band he co-founded in 2007, and filed a lawsuit against his former bandmates Bernard, Stephen and Gillian Morris in 2015.

However, the trio revealed their lawsuit had ended after years of back and forth over various issues involving the New Order and Joy Division band names and how much Hook is paid for using them.

'New Order: Decades' will be broadcast on September 22 on Sky Arts at 9pm GMT.