MTV have today unveiled this year's MTV Music Video Award Moonman, after teaming up with world-renowned fashion designer Jeremy Scott to redesign the accolade for this year's ceremony, airing on Monday August 31 at 8pm on MTV.

Miley Cyrus will be hosting the show, with The Weeknd scheduled to perform and more performers to be announced in the next couple of weeks.

The redesign of the statue pays homage to Jeremy and his creative talent, trying to capture the essense of the fashion designer as well as the network, with the distinct colour of the television colour bars to the peace sign necklace and Jeremy's signature sneakers.

It comes as part of MTV's long-standing history of attempting to bridge the gap between the fashion and music worlds, and those who win one of the awards will take home a special edition Jeremy Scott Moonman, created exclusively for the show this year.

Airing across MTV's global network of channels in more than 160 countries and territories, the awards will reach more than half a billion households across the world.

Fans are being encouraged to participate in the MTV #VMA promo campaign, by going to www.mtvvma.net. 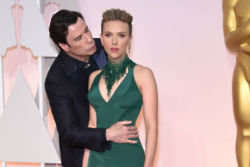 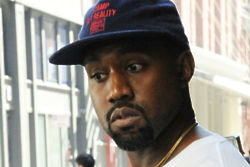 Seven most awkward awards show moments of all time 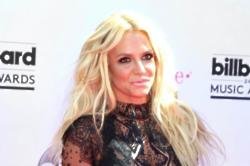 Britney Spears has surprises in store for MTV VMAs performance