Metallica want to perform on the moon

Metallica's bassist Robert Trujillo is hoping to make his dream come true by performing with the heavy metal band on the moon.

Robert Trujillo wants Metallica to perform on the moon. 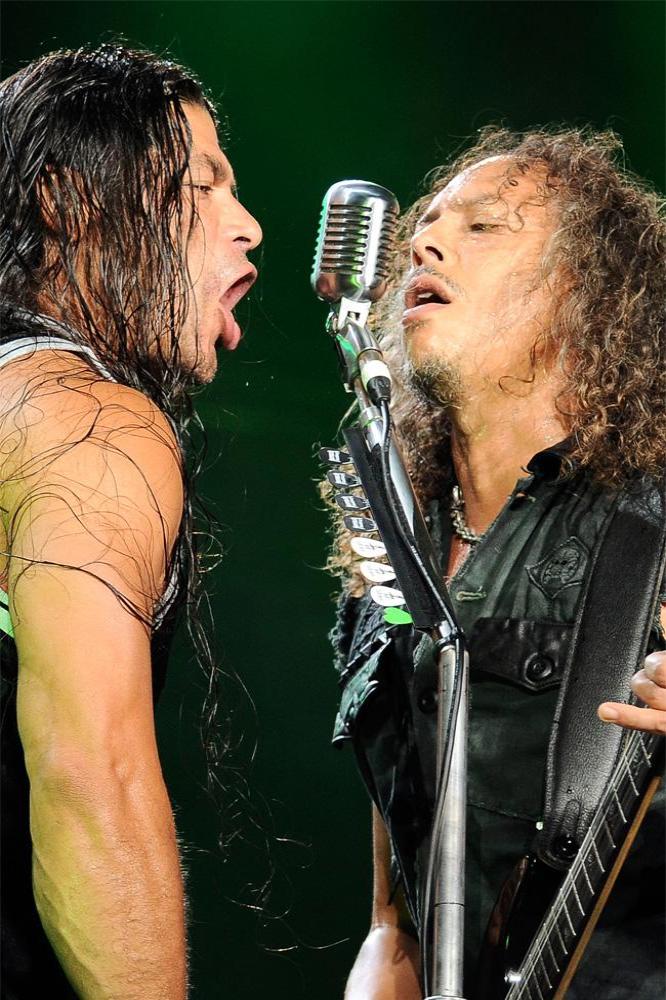 The 'Nothing Else Matters' group's bassist - who is joined by James Hetfield, Kirk Hammett and Lars Ulrich in the heavy metal band - wants to play live in some different locations this year and after performing in the Antarctic his next dream is to play live in space, which he's hoping they'll do on their forthcoming world tour.

Speaking about the legendary metallers shows in support of their latest LP, 'Hardwired ... To Self Destruct', Trujillo told US radio station WRIF: "We're doing what we've been doing. We're celebrating the energy of the new music and working up the new songs, seeing what works.

"It's an exciting time. We feel there's great momentum. This album has been embraced by the world. We didn't expect... I mean, we love that to happen; I don't know that we expected all this. And it's something that is always exciting for us.

"We enjoy playing small shows, big shows, whatever. There's the energy of the visual production, and all that stuff starts to happen, so when you see it come to life, it's pretty exciting.

"We're gonna go to some really great places on this trip. Last tour, we went to Antarctica. And hopefully we'll get to the Moon this time. [Laughs] I don't know."

Trujillo's aspiration to rock the moon comes after Metallica's plagued performance with Lady Gaga at the Grammy Awards.

Frontman Hetfield, 53, was left "livid" after his vocals were completely inaudible on stage at Los Angeles' Staples Center last Sunday (12.02.17) because his microphone was switched off, and although he overcome the difficulty by sharing the 'Poker Face' hitmaker's mic for the second part of the performance of 'Moth Into Flame', his bandmates had never seen him so angry.

Drummer Ulrich said: "I haven't seen him like that in 20 years.

"I mean he was livid. I mean, he's aged really well and he's a pretty chill guy, but the first five or 10 minutes in that dressing room was not a lot of fun."