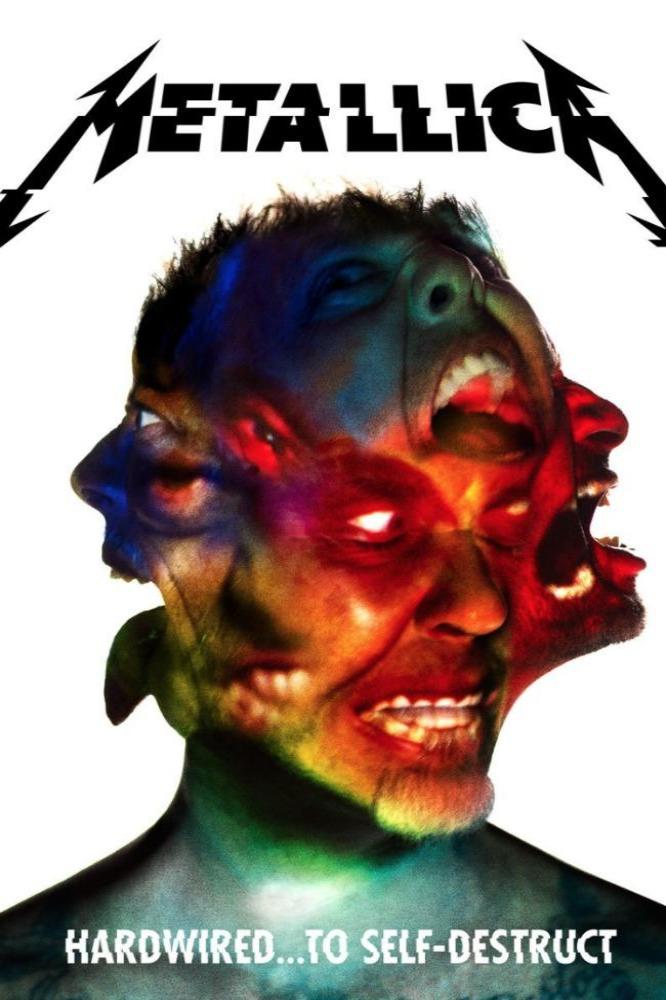 The rockers - comprised of James Hetfield, Lars Ulrich, Kirk Hammett, and Robert Trujillo - are gearing up to release their first studio album in eight years, and will tease fans with a new single next week.

'Atlas, Rise!' is the third track to be released from the forthcoming 'Hardwired ... To Self-Destruct' - due for release on November 18 - and follows the previously released 'Hardwired' and 'Moth Into Flame'.

And from Friday (28.10.16), Metallica fans can visit selected independent record stores across the world for the chance to obtain a limited edition 'Hardwired ... To Self-Destruct' Halloween mask.

Inside each mask is a special access code that will allow fans to hear the new track 30 minutes prior to its official release time on Halloween.

The news comes after the 'Enter Sandman' rockers announced they had only finished putting the final touches on the album at the end of September - just two months before the album's release.

A post on Metallica's website at the time read: "Guess what?!? It's DONE! We have put the finishing touches on our next album 'Hardwired...To Self-Destruct' and are looking forward to the next phase of unleashing it to the world, waking the monster that is Metallica and hitting the road. (sic)"

The news of a new single also comes after the band recently started to roll out the first batch of dates for their 'WorldWired Tour', and will be adding further shows at a later date.