Manic Street Preachers performed a string of hits, a Cure cover, and songs from their latest album at their show at London's Meltdown Festival on Tuesday (19.06.18).

Manic Street Preachers urged their fans to forget it was a "school night" as they took to the stage at London's Royal Festival Hall on Tuesday (19.06.18). 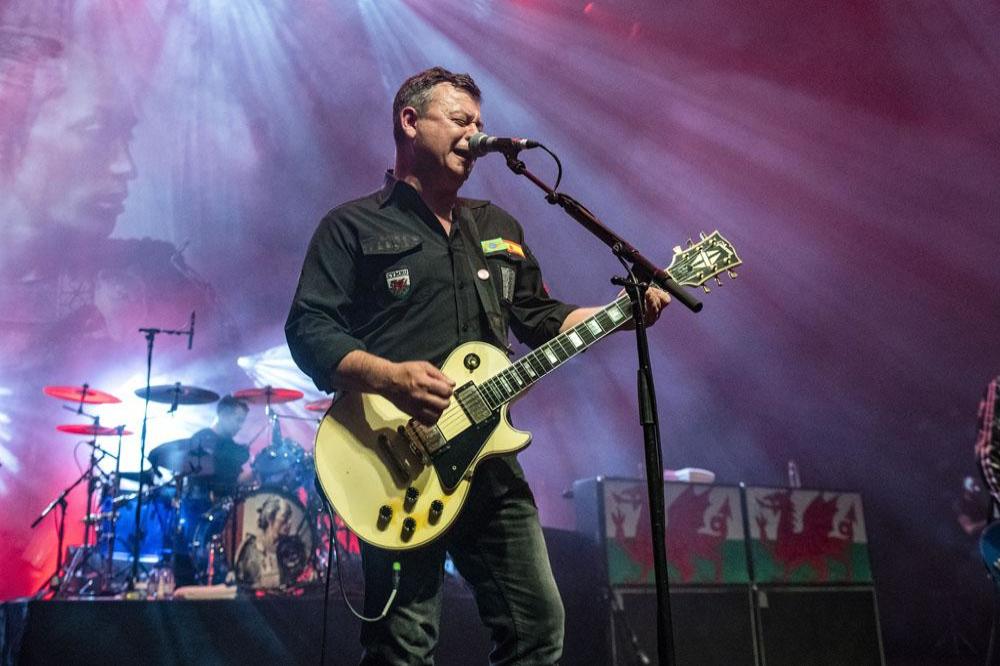 The Welsh trio opened their set with 'International Blue', the lead single from their latest album 'Resistance Is Futile' before delving into their back catalogue for crowd pleasers 'Motorcycle Emptiness' and 'No Surface All Feeling'

Tracks from the new record, including 'Distant Colours' and 'People Give In' were interspersed with sing-a-long old favourites, with the group even delving as far back as 1991 for a rare outing of 'Motown Junk'.

Fans were teased with another rarity, when frontman James Dean Bradfield obliged persistent shouts for 1993's 'Sleepflower' with the opening riff and was joined by bassist Nicky Wire - but the singer, who quipped he was "trying to please you like the whore that I am",

then blamed drummer Sean Moore for not getting any further than the intro of the song before they moved on to another fan favourite, 'Everything Must Go'.

The group were performing as part of Robert Smith's Meltdown Festival and, as with other acts who've performed on the bill, they paid tribute to the curator with a cover of a Cure track, opting for a high-energy version of 'Inbetween Days'.

James quipped: "No one great has ever asked us to do anything."

Later in the show, Nicky insisted he was always the Cure fan amongst the group, reminiscing about experimenting with "a crimper" to emulate the singer's style.

Typically for a Manics show, there was no encore, but 'A Design For Life' proved, as always, a fitting full stop to the gig, with the crowd singing along to every word.

The event's curator, Robert will close the event with a special two-hour show titled Curaetion-25.