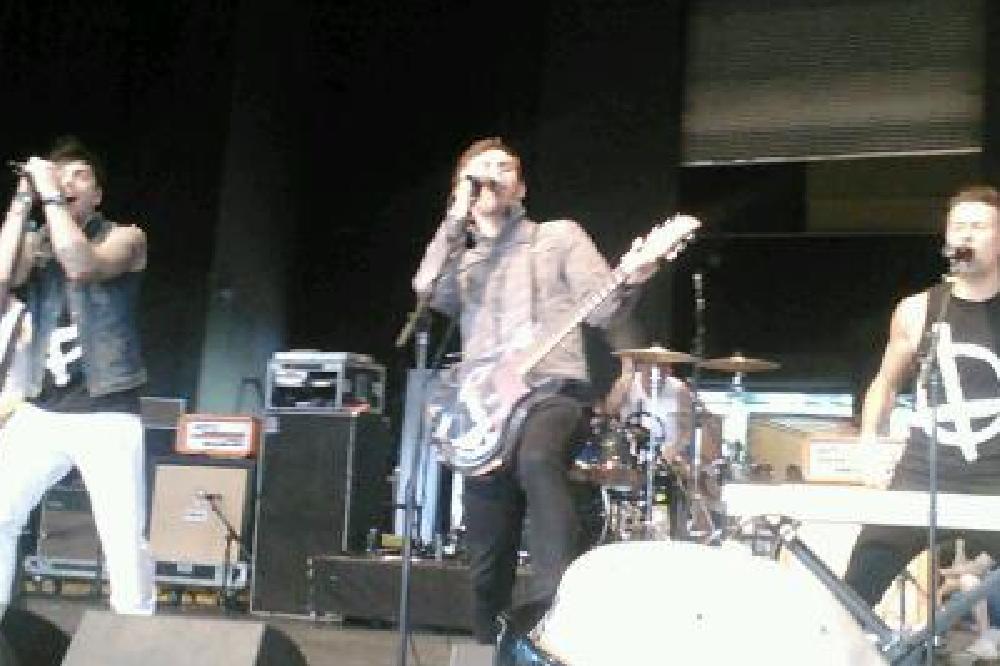 The former members of Welsh rockers Lostprophets are working on new music under a different name following the child abuse conviction of frontman Ian Watkins.

The Streets of Nowhere hitmakers split in October (13), shortly before Watkins pleaded guilty to a string of sickening sex offences, including the attempted rape of a baby, telling fans they could "no longer continue making or performing music as Lostprophets".

I think if ever there was a group of people that needed a second chance, it's those guys - and they're going to take full advantage of it

The singer was jailed for 35 years in December (13), and now the remaining members of the band - Lee Gaze, Mike Lewis, Stuart Richardson, Jamie Oliver and Luke Johnson - have reunited to start anew.

They have teamed up with ex-Thursday frontman Geoff Rickly to record new music for his Collect Records company, although he is only working with them as their label boss.

Discussing the new project, he says, "I think if ever there was a group of people that needed a second chance, it's those guys - and they're going to take full advantage of it. People don't really think of what happens to the other members. That took away their life. What happened is just devastating for them. "It's been my honour to work with them on their new band from a label perspective.

People are not going to know what hit them when the new band comes out.

It's just so forward-thinking". The name of the new group has yet to be announced.