Linkin Park have been "working up ideas" and had got together to write new music before the lockdown.

Linkin Park are "working up ideas" for new music. 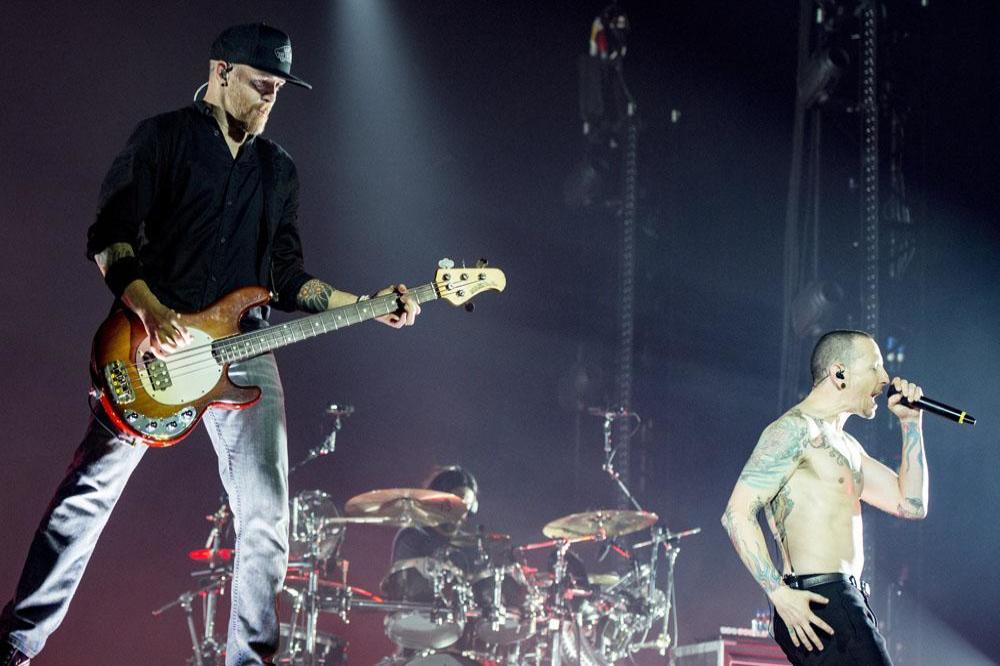 The 'In The End' hitmakers have been on hiatus since the tragic death of frontman Chester Bennington - who took his own life in July 2017 - but before the coronavirus lockdown, they had been working together writing new music and they continue to check in with one another on Zoom.

On an episode of the 'Dan Really Likes Wine' live-stream, the band's bassist Dave Farrell said: "For us, with the band, we've been kinda writing and doing that before this all started.

"So casually at this point, we're doing Zoom meetings to eat lunch together and say, 'Hi'.

"But we're not able to get together and write or do that whole bit.

"So [we're] working at home a little bit, working up ideas."

He added: "I've been playing a lot of drums, just to do something new - I've been doing that for the last year, year and a half, and purposely making as much noise as possible to create my own space in the house."

Previously, the band had said they will make a comeback but a timescale for their reunion remains undecided.

DJ Joe Hahn said: "The members are taking care of themselves and their families and are going through the problems in their own way

Since they went on a break, Chester's old band Grey Daze have been working on completing an album featuring the posthumous vocals of the late rock legend.

'Amends' is due to be released this summer.

And Mike previously opened up on the prospect of finding a new singer for Linkin Park.

He said: "I think it has to happen naturally.

"And if we find somebody that's a great person that we think is a good personality fit and a good stylistic fit, then I could see trying to do some stuff with somebody."