The Last Shadow Puppets are releasing their new album 'Everything You've Come To Expect' on April 1. 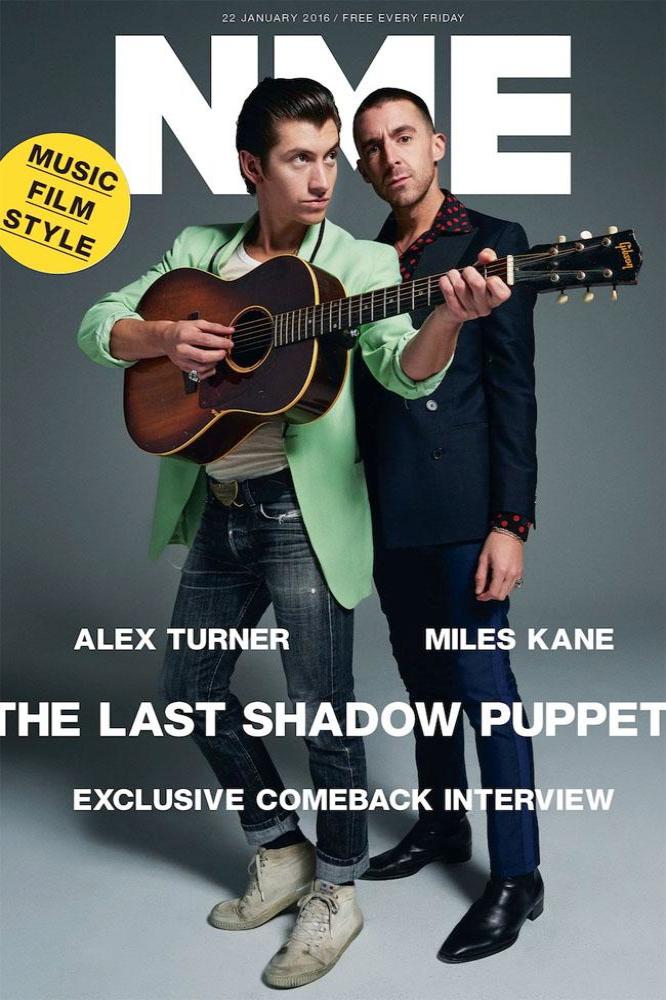 The group - consisting of Arctic Monkeys singer Alex Turner, Miles Kane and Simian Mobile Disco's James Ford - have confirmed their second LP is coming in just a few months, but eight years after their debut 'The Age of the Understatement'.

The record was made last summer at Rick Rubin's Shangri-La studios in Malibu, California - which was previously owned by Bob Dylan and The Band - and as well as the trio of artists it also features Mini Mansions' Zach Dawes on bass and Owen Pallett scoring the string section.

Turner has revealed the reason between the lengthy gap between albums is that The Last Shadow Puppets want their LPs to be a trilogy and they "wanted to write the second and third parts" before releasing the second.

When asked if fans would have to wait another eight years for the third instalment, Turned told the new issue of NME magazine: "Well, I don't know about that. There are lots of other things we have to factor in."

Kane has joked it wasn't easy to get Turner to commit to the side project again.

He said: "It seemed to all align correctly. I did have to get (Alex) in a headlock briefly, but he came around."

Whereas their debut paid homage to the music of Scott Walker, this album has wider influences.

Turner revealed: "I think the last record ended up being just one thing. We talked about Scott Walker a lot and our record became perceived as a homage to that sound. This one, in my head, doesn't wear its influences on its sleeve as much as the first one did. We were definitely listening to a bit of Isaac Hayes this time, but it was less of a big deal."

Kane added: "At that time (of the first album), all that stuff was new to us. We were discovering it for the first time. This time, it was just songs that we were buzzing off that we were inspired by."

'Everything You've Come To Expect' tracklisting:

'Everything You've Come To Expect'

'The Element Of Surprise'

'Used To Be My Girl'

'She Does The Woods'