Kirk Hammett says Metallica fans have stayed loyal to them because they have stayed true to their roots and can actually play their instruments live.

Kirk Hammett says their fans love Metallica because they are "authentic" and can play their music live. 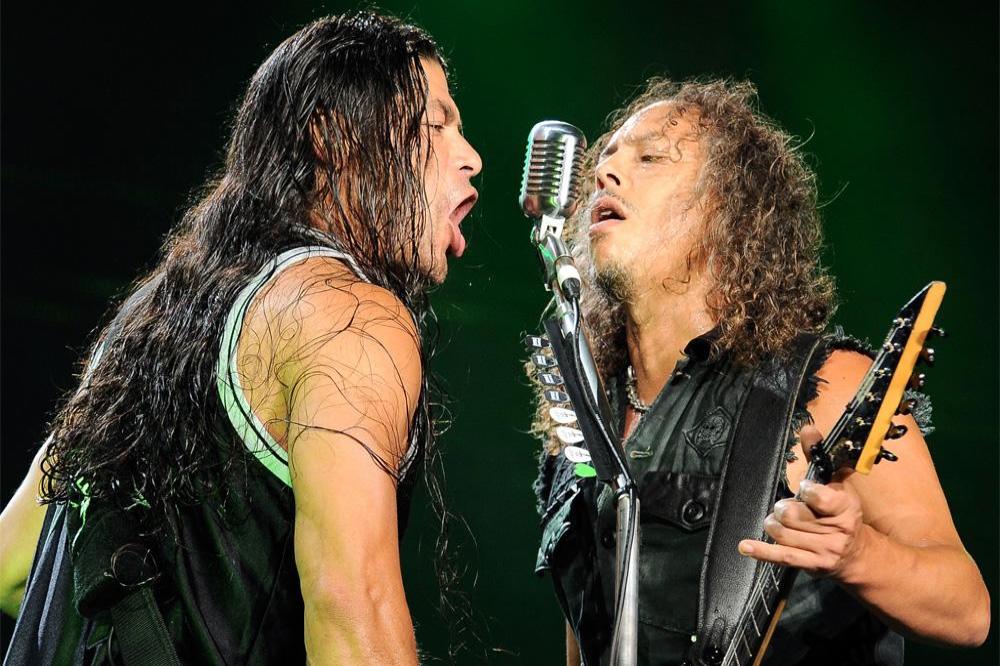 The heavy metal group's guitarist thinks the reason they have maintained their fanbase over the past three decades is because they have stayed loyal to their roots and are actually able to play their instruments, unlike many of the bands today, who try to emulate their sound, but make their music on computers.

Speaking to Cincinnati CityBeat, Kirk - who is joined by James Hetfield, Lars Ulrich, Robert Trujillo in the band - said: "I think for right now, there's a little bit of a vacuum [for] us and bands that sound like us.

"There are a lot of great new bands out there, but I think people yearn for something that they know is made in a real sense.

"I think there's a bit of authenticity that comes with us that might not be attached to some of the more contemporary bands.

"We can be counted on to deliver in some form or another something that's real and authentic and something that has integrity. I think that really means a lot to some people these days, when a lot of music is just kind of like made by pressing a button... "People can count on us showing up with our instruments and actually making music right there in the moment.

"Whatever you hear on our album, we can play live.

"I will not even try to count how many bands are incapable of that. I think that's part of it."

Kirk, 55 - says that the band - who released their 10th studio album 'Metallica Hardwired... to Self-Destruct' in 2016 - find it "more appealing" to player their "heavier" music at the moment.

He explained: "Certainly, with [2008's] 'Death Magnetic', we learned that it was okay to embrace our past with sort of a revisionist approach.

"That's what 'Death Magnetic' kind of started [as].

"To an extent, it's continued with ['Hardwired'], too. We like to play music from all of the different eras, and at this particular point in our lives, playing the heavier stuff just is appealing to us.