Kasabian rocked crowds at the Isle of Wight Festival on Friday (22.06.18) as they took to the stage as the weekend's first headliners.

Kasabian rocked crowds at the Isle of Wight Festival on Friday (22.06.18). 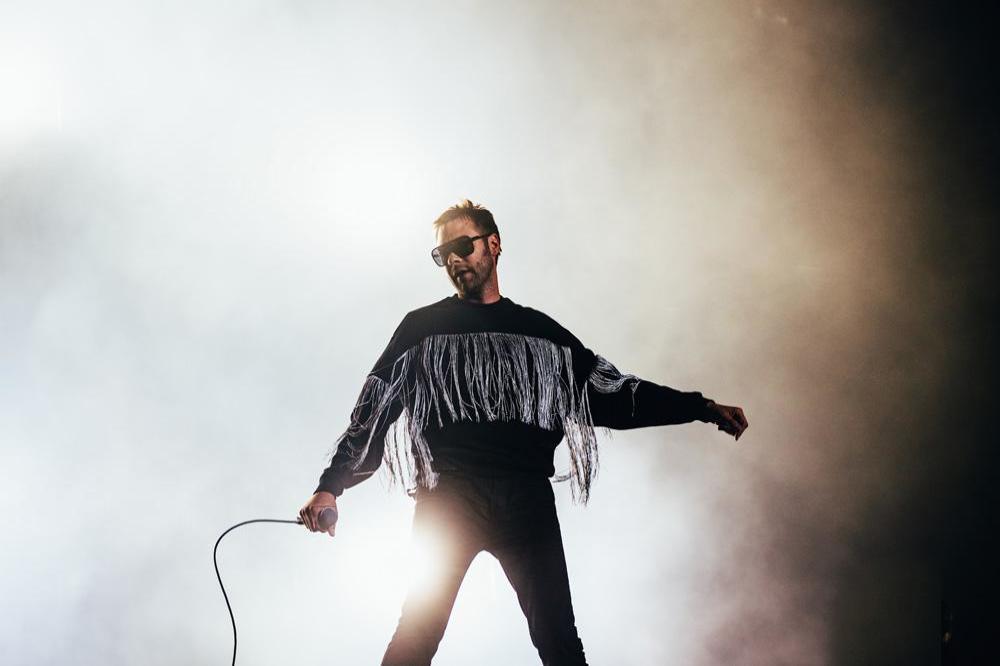 The Leicester based rockers - comprised of Tom Meighan, Sergio Pizzorno, Chris Edwards, and Ian Matthews - treated the packed field to a mixture of classic hits and new numbers as they took to the stage to headline the opening night of the festival's 50th anniversary on Friday.

Walking on stage to classical masterpiece 'Nessun Dorma', the group quickly launched into an action packed rendition of 'Ill Ray (The King)', the third single to be taken from their latest studio album, 2017's 'For Crying Out Loud'.

The four piece also took singles 'You're In Love With A Psycho', 'Bless This Acid House', and 'Comeback Kid' from their newest record, all of which had the crowd - which even included former England football ace Peter Crouch - jumping and cheering.

But it was hit singles from their early days that got the most positive reactions, with singles 'Club Foot', 'Shoot The Runner', and 'Empire' getting everyone on their feet.

Things only slowed down once for the band's entire hour-and-a-half set, when they took on a cover of Groove Armada's 'At The River', which was accompanied by just an acoustic guitar.

The group closed off their main set with a rendition of Fatboy Slim's 'Praise You', which they creatively twisted to lead into 2004 single 'L.S.F'.

Their encore then saw them wow once again with new track 'Comeback Kid', alongside 'Vlad The Impaler' and smash hit 'Fire', both taken from 2009's 'West Ryder Pauper Lunatic Asylum'.

'You're In Love With A Psycho'

'At The River' (Groove Armada cover)