Joy Division have teamed up with retailers Goodhood and the art director Peter Saville, the man behind their iconic 'Unknown Pleasures' artwork to create a capsule collection based on the world famous

Joy Division are launching a capsule collection with Goodhood to celebrate the 40th anniversary of their iconic 1979 album 'Unknown Pleasures'. 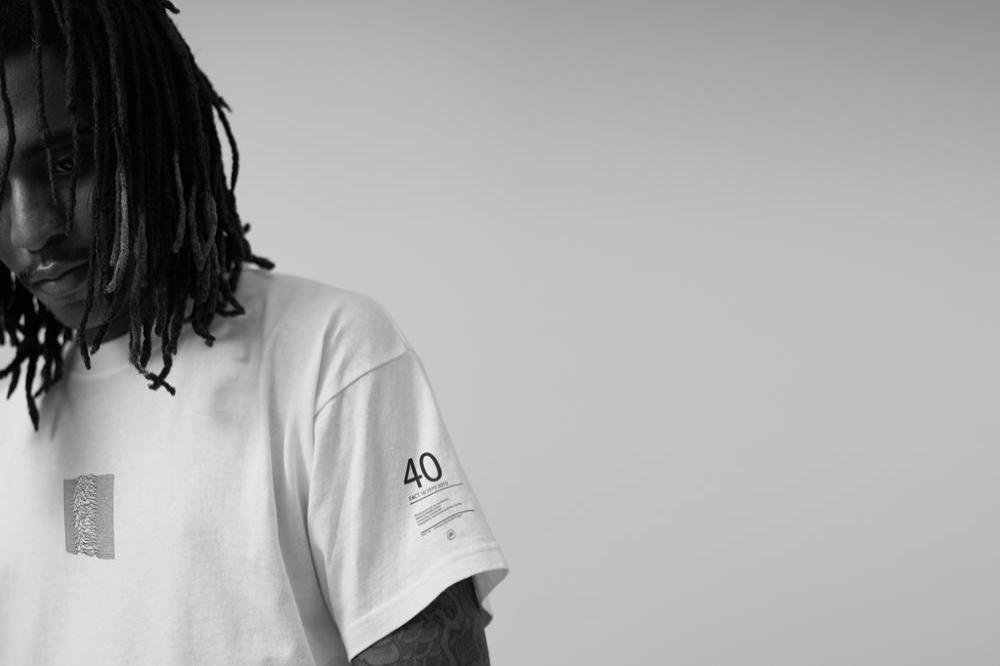 The 'Love Will Tear Us Apart' hitmakers and East London fashion and lifestyle retailer have joined forces with renowned art director Peter Saville, who was the mastermind behind their world famous artwork based on an image of radio waves from pulsar CP 1919, from The Cambridge Encyclopaedia of Astronomy, which he reversed the image of from black-on-white to white-on-black and printed on textured card for the original version of the record.

Goodhood are working on a whole range of products designed by Peter from apparel, homeware, accessories to lifestyle goods, all featuring the same style motif.

They are also working with brands such as Universal Works, YMC, Stepney Workers Club, Tom Wood, Big Love Records and more, to produce limited edition items also celebrating Peter's iconic design, which is one of the most famous album covers and graphic designs in popular culture.

As well as the capsule, the record is getting a celebratory anniversary reissue on June 14.

A press release states that "The LP will be pressed on 180g ruby red vinyl with an alternative white sleeve resembling the original design idea."

The Goodhood x Joy Division capsule will go on sale online on June 28 from 11am (GMT) from goodhoodstore.com/mens/news/goodhood-x-joydivision and the collection runs at Goodhood's store in London on Curtain Road from June 27 to July 11.