Josh Homme has admitted he's never been a part of something as "cool" as Iggy Pop's album 'Post Pop Depression'.

Josh Homme used "every trick" in his box when he produced his idol Iggy Pop's album 'Post Pop Depression'. 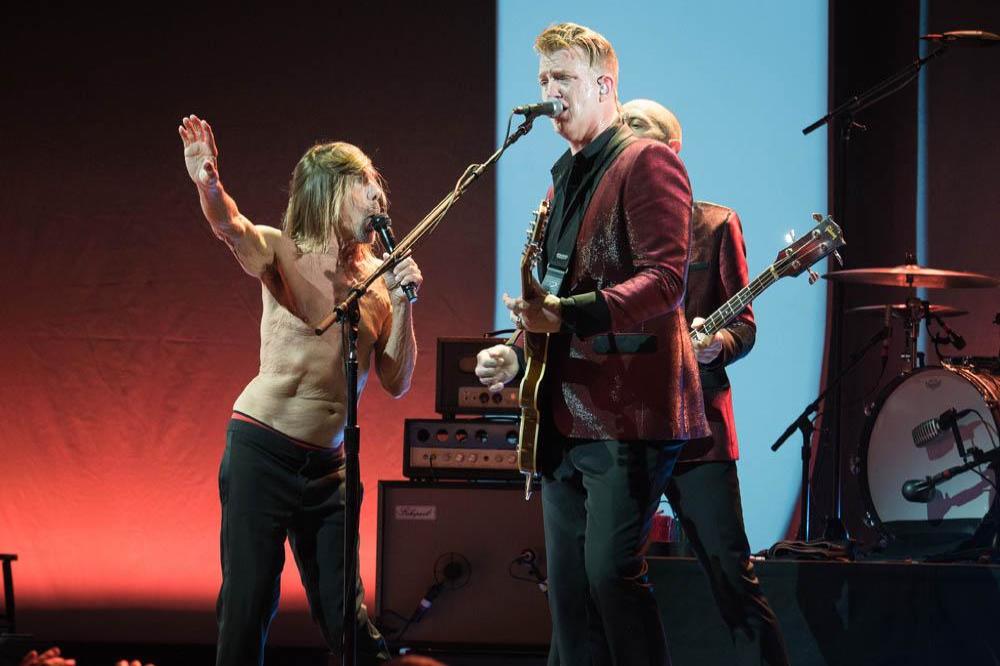 The Queens of the Stone Age and Crooked Vultures star has admitted he'd "never been allowed to be part of something as cool" until he entered the studio with the rock legend to work on the 2016 LP.

"I'm really glad we worked together in that moment, at that time, because he was 69 years old and he had something to say.

"Maybe I will actually be 69 one day and maybe I could have something to say too."

On not holding back, the 'Feet Don't Fail Me Now' hitmaker added to NME.com: "That's the moment when every trick you've saved and everything you've ever held back, that's the exact moment to release all those things.

"So I told Iggy, 'I'm not holding anything back, I'm not saving anything, this is that moment.'"

Meanwhile, The Godfather of Punk recently admitted that he felt "drained" from touring with Josh and Arctic Monkeys drummer Matt Helders to support 'Post Pop Depression', and admitted he thinks it's best to put more energy into his music rather than shows now he's in his 70s.

He said: "I felt a little drained. As you mature, physically, when you get past 60 if you're still active, it's a good idea to put more of your efforts into mental work and less into physical work."

Iggy released his new album 'Free' in September, and the 'I Wanna Be Your Dog' singer also put out a book, titled 'Til Wrong Feels Right: Lyrics and More', covering his six decades in music, as a solo artist and with The Stooges.