James Williamson: The Stooges are no more

The Stooges' guitarist James Williamson claims the band are no more because most of the original lineup "are dead". 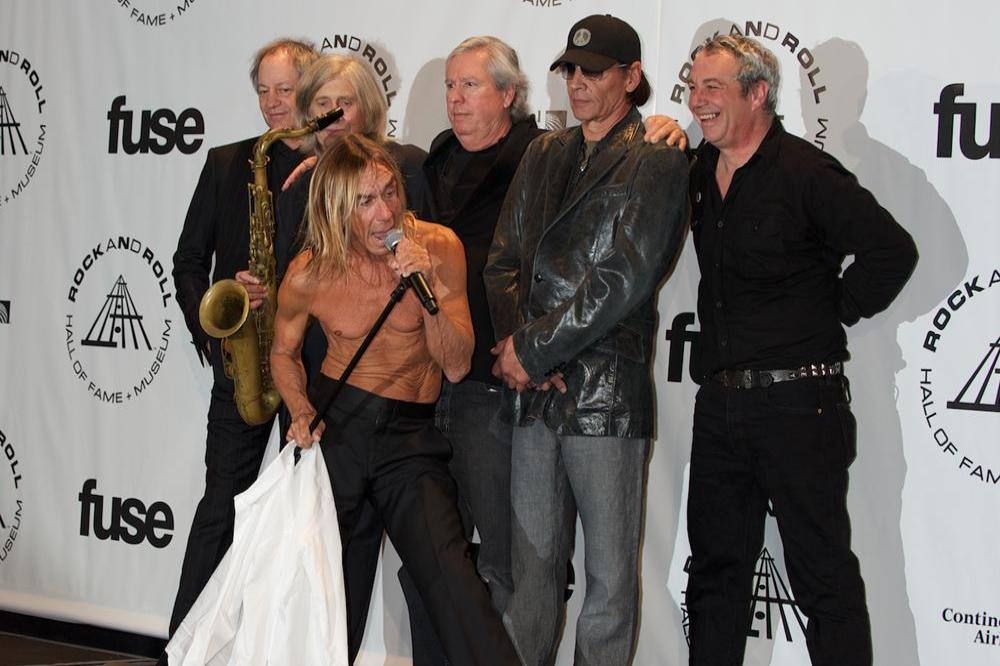 Iggy Pop and the Stooges

bassist Mike Watt and drummer Scott Asheton who died in 2014, a year after they released their last LP Ready To Die', and original bassist Dave Alexander, who also died in 1975.

James - who was a replacement for original guitarist Ron Asheton, who passed away in 2009 - told JoelGausten.com: "The Stooges is over. Basically, everybody's dead except Iggy and I. So it would be sort-of ludicrous to try and tour ass Iggy And The Stooges when there's only one Stooge in the band and then you have side guys. That doesn't make any sense to me."

Meanwhile, the 66-year-old musician admitted that he has become tired of going on the road.

He said: "Frankly, I don't want to tour anymore. I'm kind-of done with it. I also feel like we're getting a little long in the tooth to be doing these shows anymore."

They were inducted into the Rock and Roll Hall of Fame in 2010.

While The Stooges may be finished, 69-year-old Iggy has been keeping himself busy touring in support of his solo album 'Post Pop Depression', which was released in March.

The 'Lust For Life' hitmaker worked with Josh Homme, Queens Of The Stone Age bassist Dean Fertita and Matt Helders from Arctic Monkeys on the record.

However, he previously hinted that it could be his last album.

He said: "I shacked up in the desert with a bunch of guys to do the record. But then you find you've got a tiger by the tail and suddenly there is more travelling and a tour. I just don't think it would be wise for me to engage on this level constantly. I thought I would just throw my dice out on the table right now. I feel good about the record. I would be fine if this was my last album."