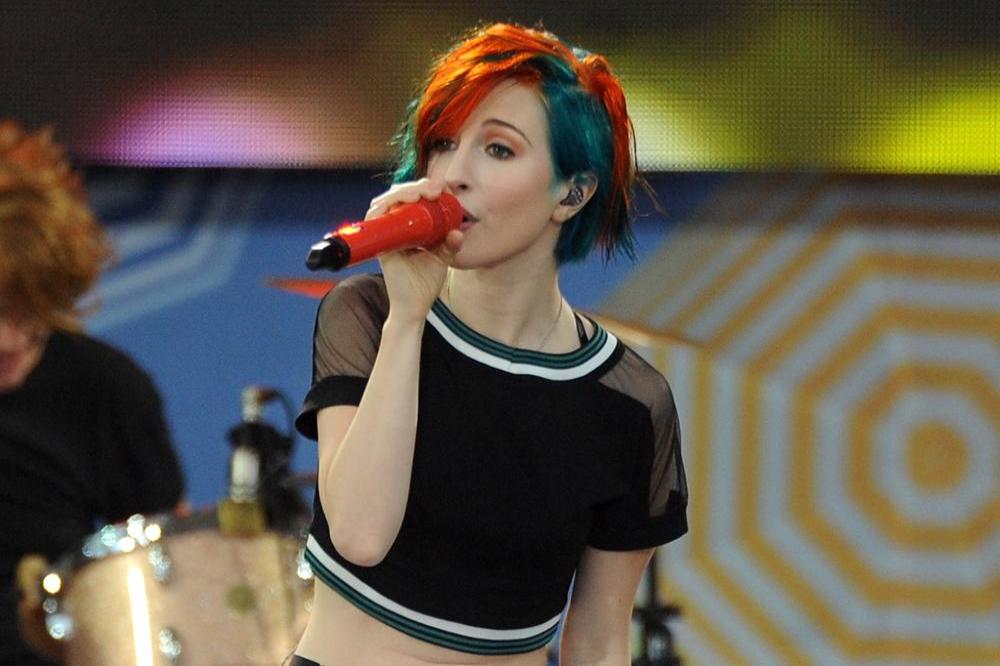 The 31-year-old singer - who is the lead vocalist of Paramore - has revealed she's joined forces with indie rock group boygenius for a new track called 'Roses/Lotus/Violet/Iris', and she's shared some of the song's lyrics on social media.

Alongside images of her handwritten lyrics, Hayley wrote on Twitter: "happy women's day. in honor of my personal journey through femininity, with it's endless facets; and in honor of the feminine wonder that connects literally everyone and everything, i want to share lyrics for an unreleased song called "Roses/Lotus/Violet/Iris". (sic)"

The song's lyrics incorporate all of the flowers mentioned in its title, with each blossom making an appearance in the chorus.

The 'Simmer' singer will head out in support of her debut solo album, 'Petals for Armor', this summer, with the run kicking off on May 13 in Amsterdam, and including a date at The Great Escape Festival in Brighton on May 15, and London's Electric Brixton the following night.

She said: "I am going on tour. Myself. It's not Paramore and truthfully, it's just a little terrifying.

"But if I know anything, it's that there's no safer place (besides at home with my dog) than to be on a stage, in front of the people who I've grown up singing my lungs out for. There was a time I thought I wouldn't tour 'Petals For Armor'. What a joke. I must.

"It's going to be so satisfying to feel the energy of a crowd that close again, especially while performing songs that feel so vital for me; songs I have never performed before for an audience."