Haim urges for more women in the music industry

Haim want to see more women working in the music industry, whether that's performing on stage or working behind the scenes. 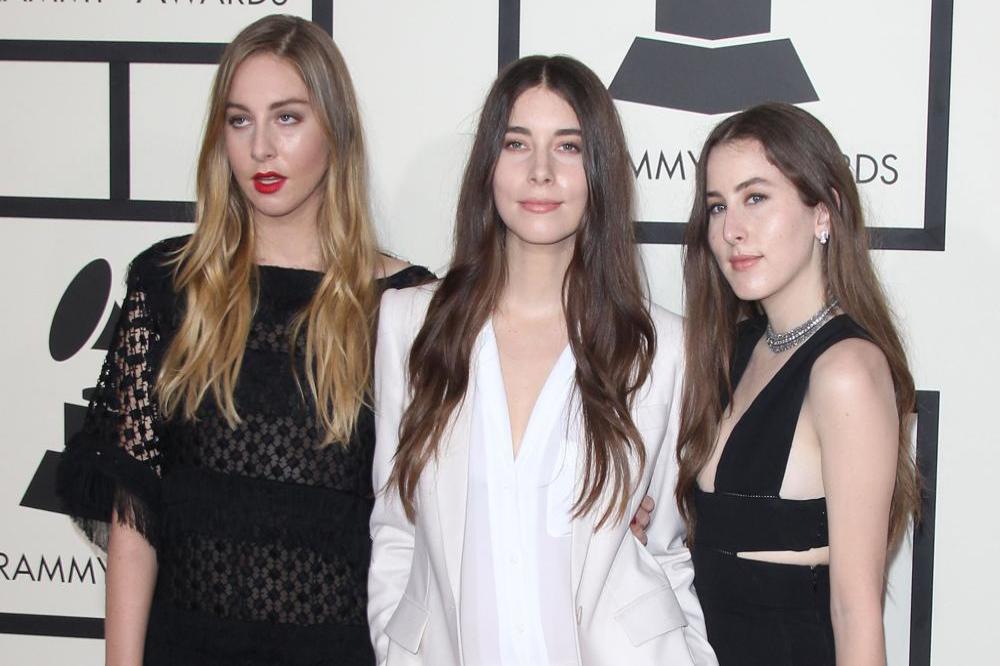 'Want You Back' hitmakers Haim

The 'Want You Back' hitmakers would love to see more females take jobs in the studios and become sound engineers and studio technicians, for example.

Danielle said: "We do see women working in the studios but we want to see more. It's a quantity issue ... There's so many amazing women that work in music and I think its time more girls looked into being engineers and studio technicians."

And the girl group - which comprises of sisters Este, Danielle and Alana - hope they are "inspiring" women to join the industry more and more.

"Not just to be in bands but to be producers, engineers, technicians, stage managers, tour managers. There's a million things you could do in music. It would be awesome to see that more."

And despite their meteorological fame, Alana insists they are still very grounded individuals.

She told Newsbeat: "We are still pretty much the same as when we started out. If we get a meal and a shower we are the happiest people on the planet."

Meanwhile, Haim previously admitted it is "tough asserting their power" in the music industry sometimes.

Alana said: "I grew up listening to Tom Petty's 'You Got Lucky', where the whole theme is, 'You're lucky to be with me'. I never really heard a song that said that from a woman's perspective. Being a woman in a power position and dating someone, in my experience, is hard. You need a man who's strong enough, to paraphrase Sheryl Crow."

And Danielle added: "We deal with that a lot - not even in dating, but just being the chairwomen of our company. Asserting our power - sometimes it's tough."