HAIM mistaken for fans by the Spice Girls

HAIM were mistaken for fans and competition winners when they met the Spice Girls.

HAIM were mistaken for fans when they met the Spice Girls. 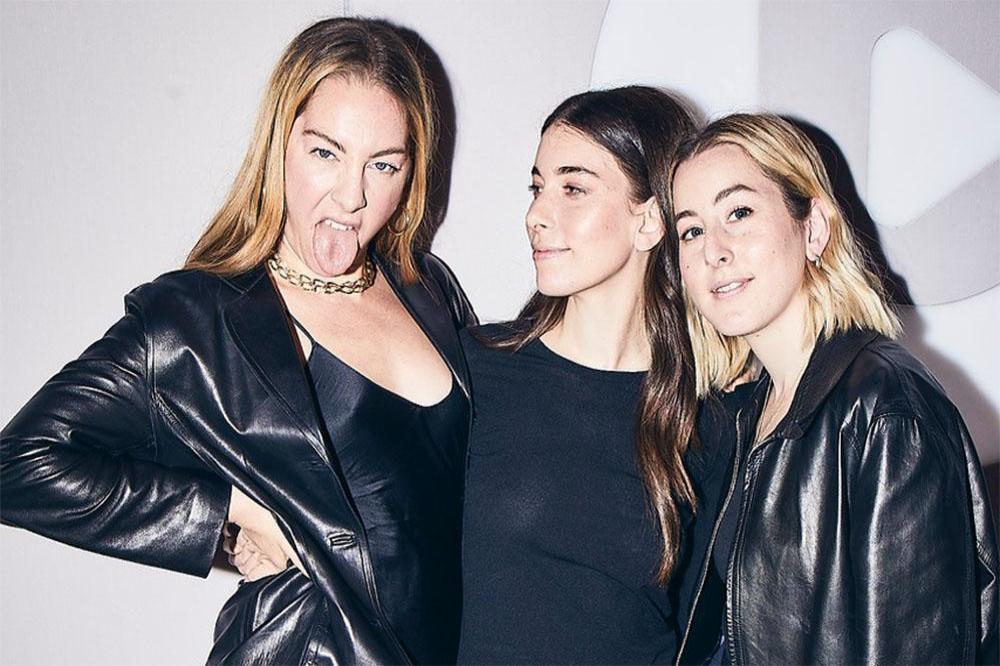 The trio of siblings have recalled how Mel B mistook them for competition winners rather than members of the famous girl band when they saw them backstage at Wembley.

Danielle said: "The part of the prize was we were all going to meet with the Spice Girls before the show and we had taken photos with the contestants and then they were like ok now let's just do HAIM and Emma Stone and Spice Girls and Mel B looked at Danielle and was like 'you're not supposed to be in these photos' and Danielle was like, 'Oh my gosh no I'm so sorry I'm in HAIM,' and she felt so bad."

HAIM have also met Justin Timberlake and even spent some time in the studio with him, but their first meeting didn't go as well as hoped.

Alana shared: "We were lucky enough to go to Justin Timberlake's studio one night to show him new music. We played Justin 'Hallelujah'. You burst into tears when you met him."

Whilst Danielle added: "I burst into tears yes. I was so embarrassed. We met him maybe a couple of years ago ... He ended up passing me by and turned around and was like, 'Oh my gosh I was just listening to your album'. This was after 'Days Are Gone' had just come out and I was so floored because we honestly listened to 'FutureSexLoveSounds' so much while making the record ... I was so flustered saying, 'Oh my gosh thank you so much, you don't understand we listened to your record while making our record.' He was like, really? and I was like, 'Yeah Blood Sugar Sex Magik and then he looks at me with this confused face and was like, 'Thank you but I'm not the Red Hot Chili Peppers.'"

Their new track 'Hallelujah' is very "exposed" and it goes "very deep" for them all, particularly Alana who penned her verse about losing a good friend of hers.

Speaking to Zane Lowe on Apple Music's Beats 1, Alana said: "I mean it's kind of hard to, it's, it's crazy having to talk about 'Hallelujah' because I feel like it's such a song that's like, so it feels like I'm exposed. Like it's, we've never really had a song that goes as deep as this. And so talking about it is really hard."