Guns N' Roses have officially started work on their first album in 26 years as guitarist Slash has confirmed they have got together to discuss their ideas.

Slash has confirmed Guns N' Roses have started work on their new album. 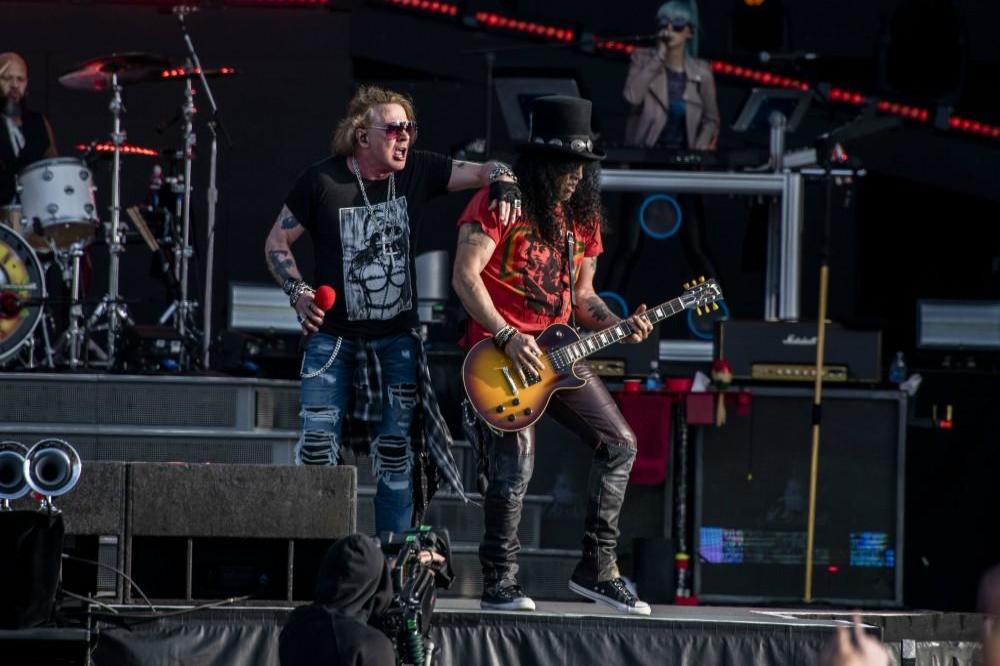 The 'November Rain' rockers were planning to hit the studio to work on the original line-up's first record since 1993's 'The Spaghetti Incident? after their tour ends in autumn, however, the guitarist has revealed that the band members have recently got together to bounce ideas off one another and what has been discussed so far has him hyped.

Slash - who is joined by Axl Rose, Duff McKagan, Richard Fortus, Dizzy Reed and drummer Frank Ferrer in the band - told Detroit's 101 WRIF radio station: "The thing is, we haven't really done anything yet, and I don't like to say anything. You know how people used to promote shit and lie through their teeth?

"So I just wanted to be honest about it, and so there was really no telling what we were going to do at that point.

"But at this point, I do know that we are going to do this run of autumn shows, and we've already started working on stuff. So, there you go.

"I'm excited about what we've got going on and everything, so it's going to be cool."

Asked just last month where they were at in regards to a new record, Slash replied: "I wouldn't say we've really sat down and had those sessions yet."

The 53-year-old rock legend, who is also touring and planning to pen new material for his other band, Slash featuring Myles Kennedy and The Conspirators, continued: "The Conspirators are finishing up in mid-August and then Guns is going out in late September/October, so in the fall.

The 'Sweet Child O' Mine' hitmaker admitted that he is clueless when it comes to what the record will sound like.

He confessed: "I have no f***ing idea. I really couldn't tell you. It's like anything else - you don't know what it is until it's done."

Slash' album update came after bassist Duff confirmed the record is "real" but the band want to surprise their fans, whilst he admitted they won't be tied down to any kind of schedule.

He said: "Oh, it's real, but the fun part and the cool part about Guns N' Roses is we don't really talk about it, and what happens next just happens.

"It's never been that band that there's a direct schedule of how we do things. I've heard some magnificent stuff that Axl has, really cool stuff he's been working on.

"So I'm excited about the possibilities with that, of course. I don't mean to get anybody rabid. Our day will happen when it happens, that's for sure." 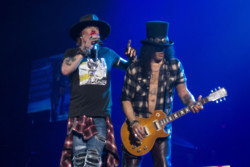