Guns 'N Roses have announced two Las Vegas warm-up shows ahead of their headline slot at the Coachella Valley Music and Arts Festival in April. 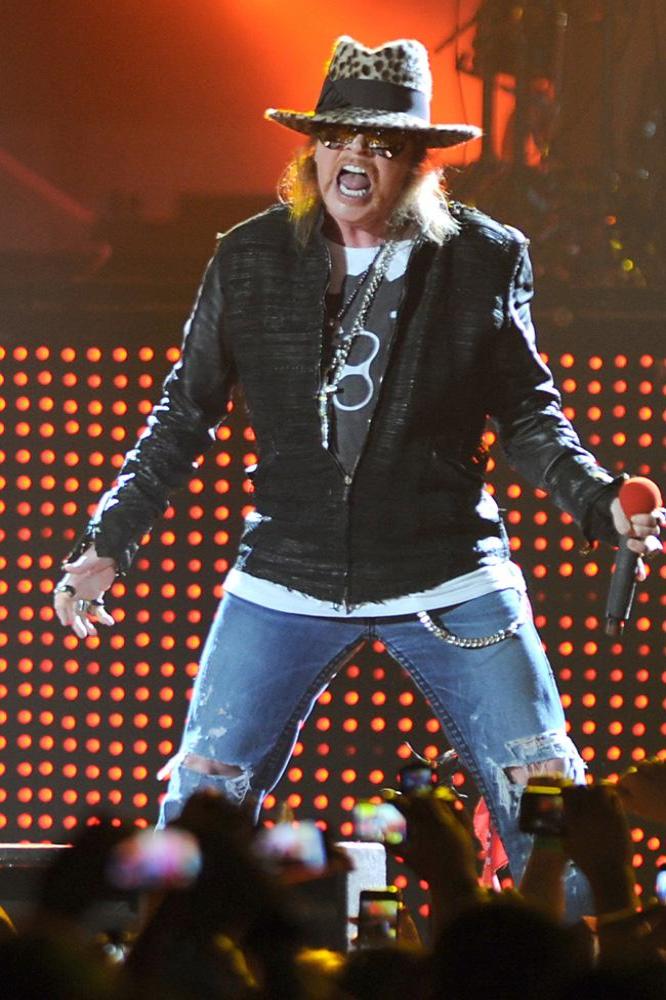 The reunited line-up of the rock band, featuring singer Axl Rose, guitarist Slash and bass player Duff McKagan, shared a trailer video on their official Twitter page on Tuesday (19.01.16) announcing the two dates at the T-Mobile Arena in the city.

A voice in the clip says: "Las Vegas Friday and Saturday April 8 and 9. Two nights. One band. They're back. Guns 'N Roses at the all new T-Mobile Arena in Las Vegas. Tickets on sale this Saturday from 10am."

The 'Paradise City' hitmakers will make their live comeback since reforming with the two shows before they headline the Coachella Festival alongside the other confirmed headliners Calvin Harris and LCD Soundsystem.

It will be the first time Slash has played with Guns N' Roses since 1993.

Axl, Slash and Duff previously released a statement confirming they were reuniting after 23 years.

Further tour dates are expected to be announced this week with the group already revealing details showing fans how they can sign up to their new 2016 Nightrain fan club, where fans can pick up VIP packages and ticket pre-sales.