Rapper Gucci Mane has pleaded not guilty to aggravated assault.

The hip-hop star, real name Radric Davis, appeared at Fulton County Superior Court on Monday (13May13) to enter his not guilty plea over allegations he hit a soldier over the head with a bottle in an Atlanta, Georgia nightclub in March (13).

Mane handed himself over to authorities after a warrant was issued for his arrest following the incident and was indicted for aggravated assault on 9 April (13).

Mane was freed earlier this month (02May13) and his lawyer, Drew Findling, argued during Monday's court session that no evidence exists against his client other than the alleged victim's report.

The rapper has endured several run-ins with the law over the years and served time behind bars in 2011 following his conviction on charges of battery, reckless conduct and disorderly conduct for pushing a woman out of a moving car. 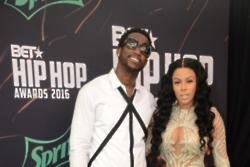 Gucci Mane and Keyshia Ka'oir are expecting their first child 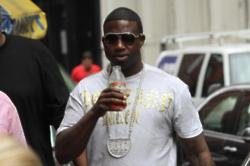 Gucci Mane getting own brand at Gucci? 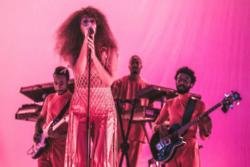