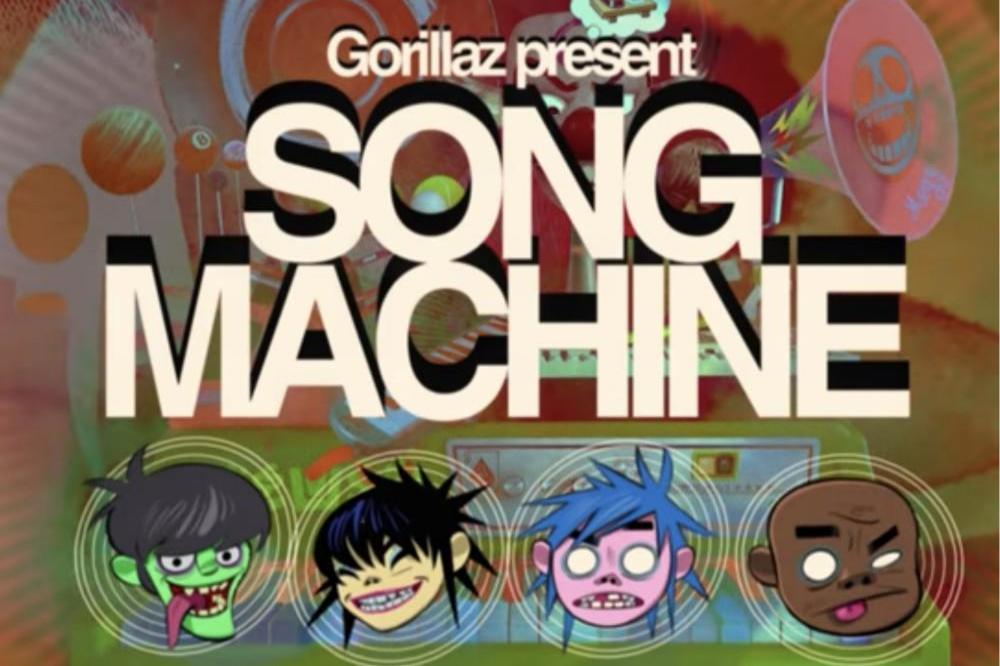 The virtual band - created by Damon Albarn and Jamie Hewlett - have announced plans for the mysterious new project after posting a cryptic teaser video for something titled 'Gorillaz present Song Machine'.

In the short, 20-second video, which was uploaded to YouTube, a a funky, retro 70s keyboard soundtrack titled 'Song Machine Theme Tune' plays over an image of a synth piled high with instruments, a map of the universe, a melodica, various toys and an angry clown playing a horn.

The clip ends with the 'Song Machine' title blasting into mid-screen, with the four animated members of the group just below.

The description for the video simply reads: "The Machine has been switched on."

'Song Machine' appears to hint at a new album, as a link included in the video's description opens up a page in which fans can choose which streaming platform they'd like to use to listen to the mystery project.

Once opened up, the only songs available on the project are the 23-second 'Song Machine Theme Tune' and a 43-second track called 'Song Machine: Machine Bitez #1'.

On Spotify, the listing refers to the project as "Season One", and tells fans to "follow for the next episode (snooze you lose)."

Meanwhile, Damon recently revealed that he has new material ready for Gorillaz' next record, but that he is putting the new music and touring on hold until "maybe 2028".

He said: "We're going to have to even it out.