Geezer Butler was "nearly blinded" when a Black Sabbath fan threw a giant cross on stage. 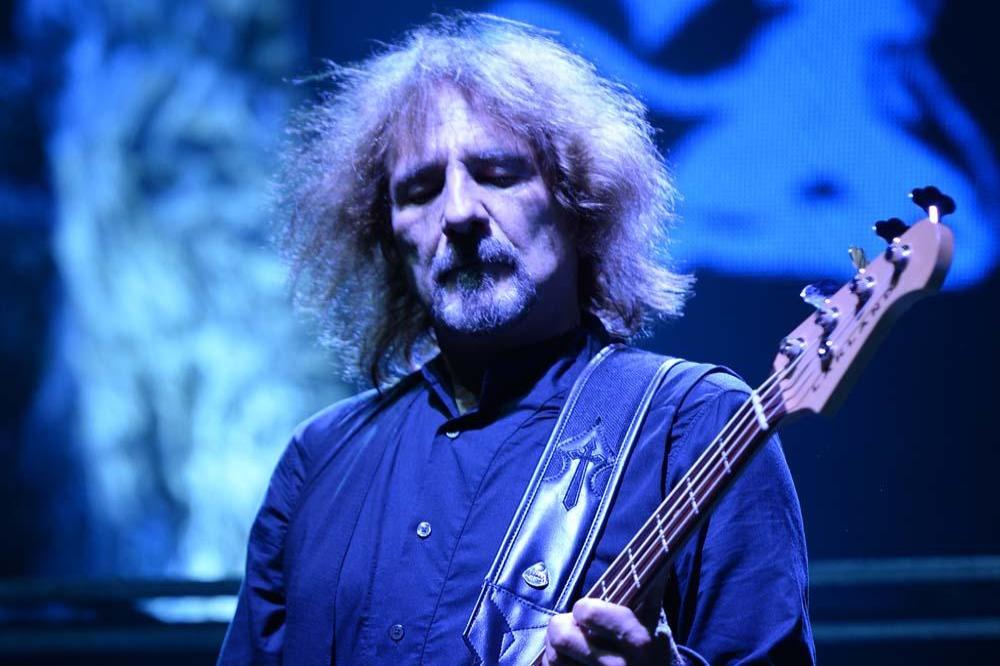 The Heavy Metal group are the subject of an exhibition in their home city of Birmingham, 'Black Sabbath: 50 Years' and the 69-year-old bassist revealed some of the more memorable gifts from fans that they've received over the years are on display.

He told Uncut magazine: "I'll never forget that. I think it was in San Francisco. Somebody threw this massive bloody brass cross at us, about 18 inches.

"It hit me in the eye. Nearly blinded me. But I kept it.

"There's also a painting someone gave us in Russia, with us as Samurai warriors. Gloriously hideous. We look like four versions of Ken Dodd.

"They found the jacket I ore on our 'Vol. 4' album sleeve. And my silver six-inch platform boots, with red crosses up the sides. God knows how I wore them."

The exhibition is taking place at the Birmingham Museum & Art Gallery and the 'Paranoid' rocker used to visit the building as a child.

He said: "I'd go there almost every other week.

"I remember the big statue of Satan and I loved the Burne-Jones paintings."

Geezer's bandmate Tony Iommi is "proud" to have been embraced by his home city.

The guitarist said: "It's fantastic. All these things are going on in Birmingham for the band. We have our own Black Sabbath bench and bridge. And now this exhibition. It's amazing...

"[Growing up, Birmingham] was so conservative. But Birmingham is now proud of us and we're proud to be from Birmingham.

"Black Sabbath put Birmingham on the map, all over the world.

"It's become maybe an equivalent of Liverpool and the Beatles.

"There's a lot of stuff in this exhibition - guitars that I use on stage, old amplifier cabinets, outfits too - white, massive sleeves."