Gary Barlow and Ronan Keating teamed up for a virtual duet amid the coronavirus pandemic. 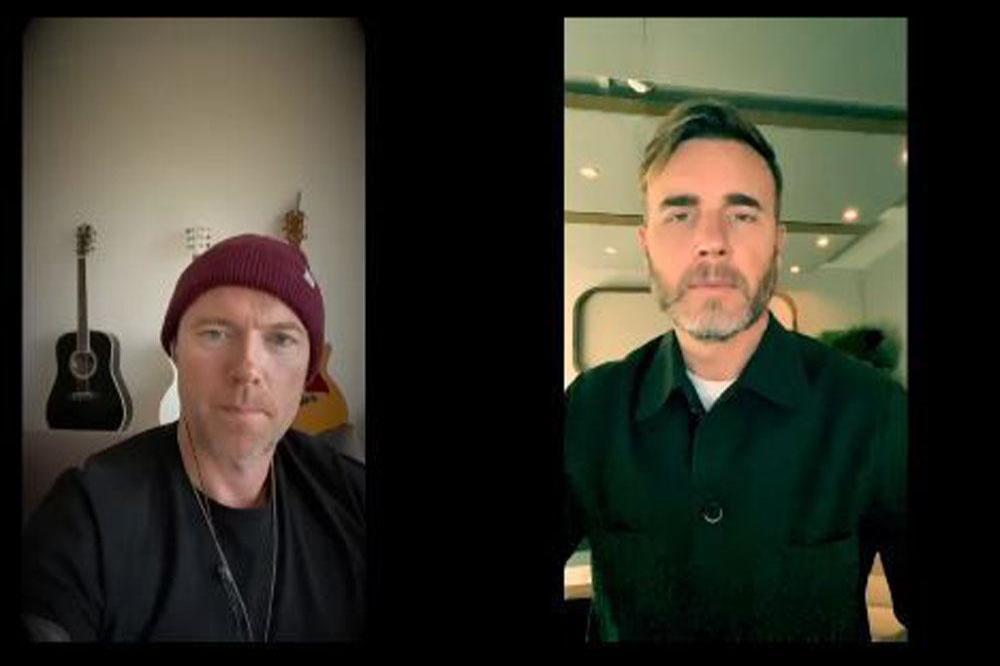 The Take That and Boyzone singers joined forces for a rendition of Tracy Chapman classic 'Baby Can I Hold You' on Instagram on Wednesday (18.03.20), and also offered a "virtual hug" to each other and their fans.

Gary launched 'The Crooner Sessions' a day earlier, where he sang his solo song, 'When I Say Goodbye'.

Alongside the clip, Ronan wrote: "GB&RK #Thecroonersessions. A virtual Hug for ya all.

"Two mates missing each other's company. Love this man and his talent. #RKTwentyTwenty."

Gary has promised he has "a lot more sessions" on the way this week after a "busy" time in the studio.

The pair's duet comes after Boyzone previously revealed they would have loved to have collaborated or toured with Take That.

The Irish pop band - completed by Shane Lynch, Mikey Graham and Keith Duffy - were always pitted against the 'Back For Good' hitmakers back in the 90s, but they insisted they're actually really good friends with their rivals and are gutted they'd never done anything with them as a group.

Shane said he thinks that, had they been American, they would have long hit the road with Gary and co and other bands.

He said: "We were never against working with Take That.

"I'm sad that we never collaborated directly with them or U2 or Westlife.

"I love how the American work, they own the world of music because they work.

"They don't mind collaborating with each other."

He added: "It would have worked. Look at the Backstreet Boys and New Kids On The Block tour a few years ago."

Gary did however pen the track 'Love' for Boyzone's final LP 'Thank You & Goodnight'.

The 'No Matter What' hitmakers were marketed as an Irish version of Take That - currently comprised of Gary, Howard Donald and Mark Owen, and formerly featuring Robbie Williams and Jason Orange - and said he felt privileged to be able to give them a nod with the song.

He said: "We were set up as the Irish Take That, so if anything, it's an honour to pay homage to such an amazing group.